Let someone know about Royal BC Museum with any of these links: 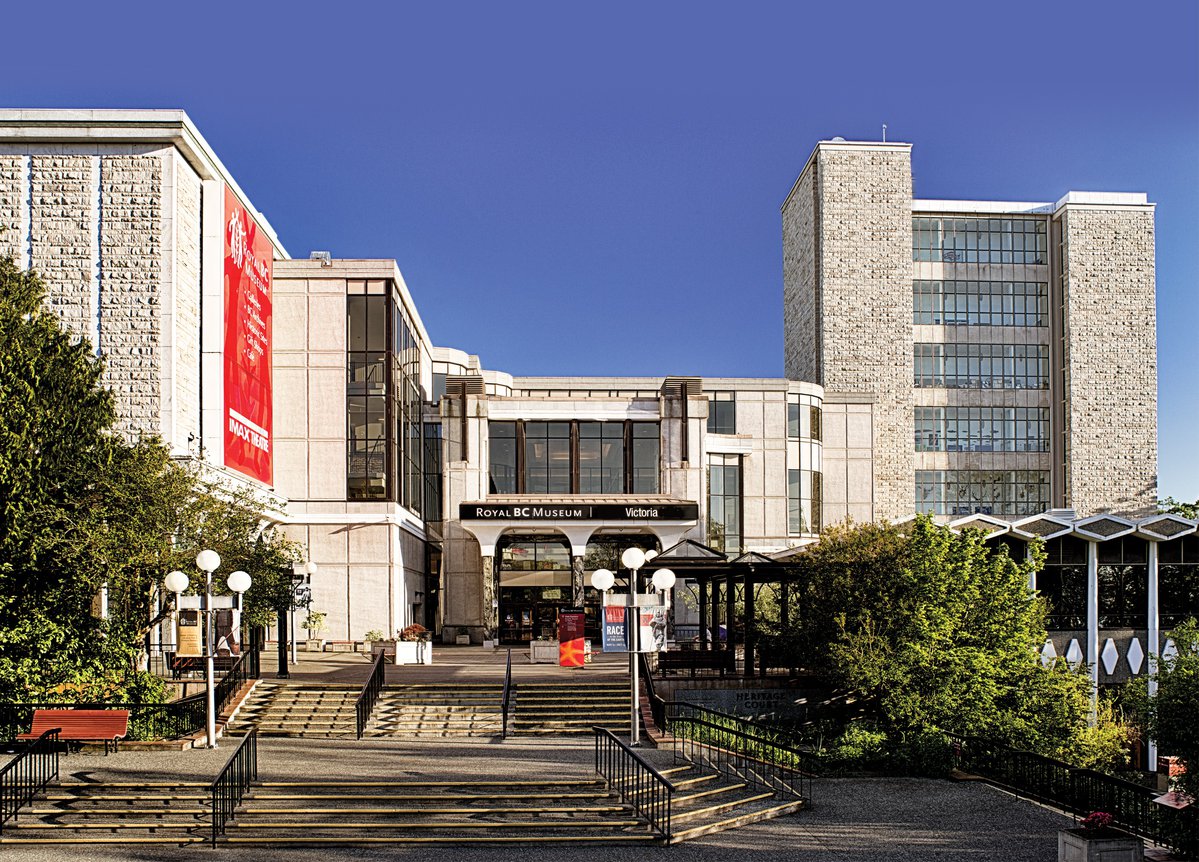 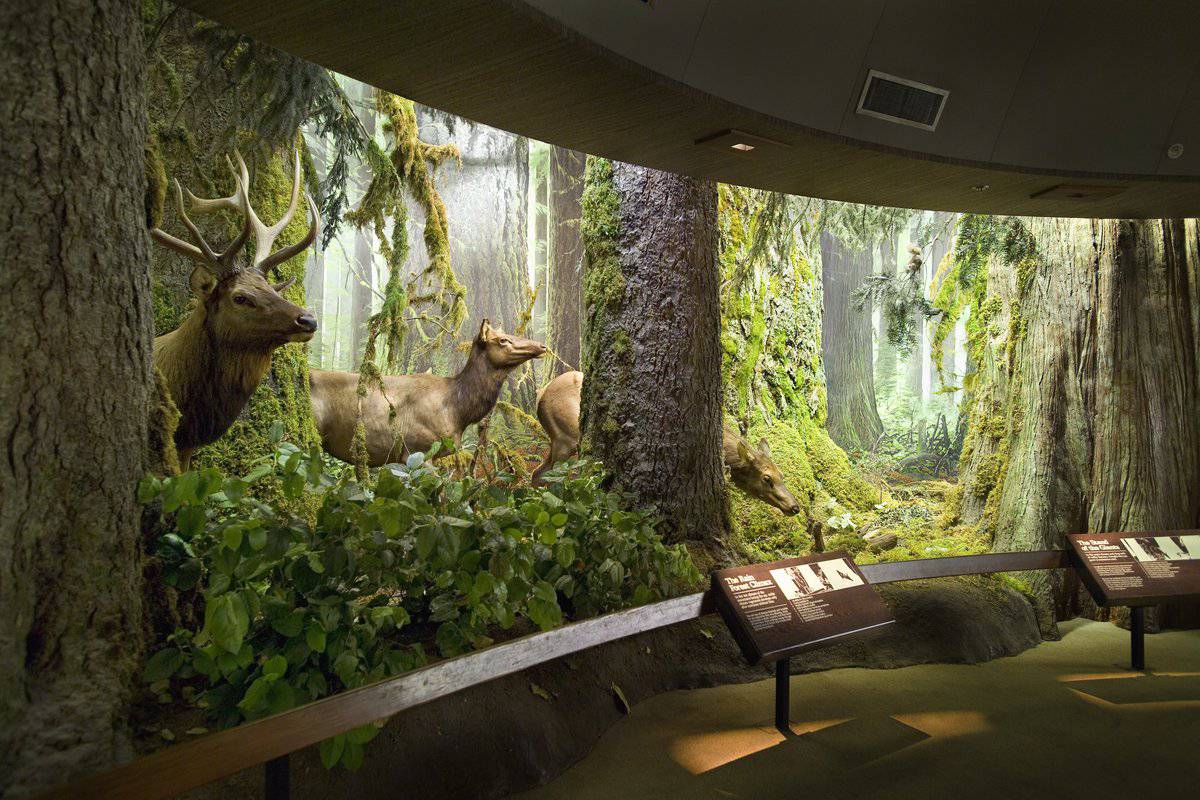 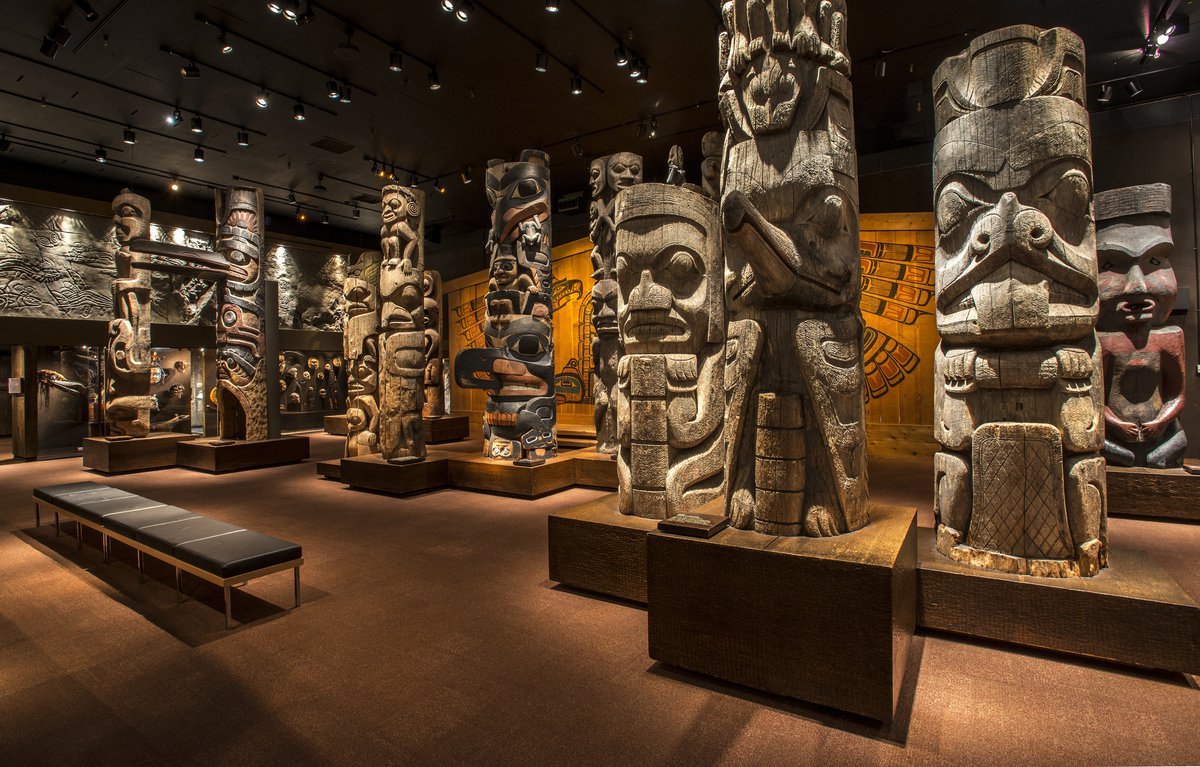 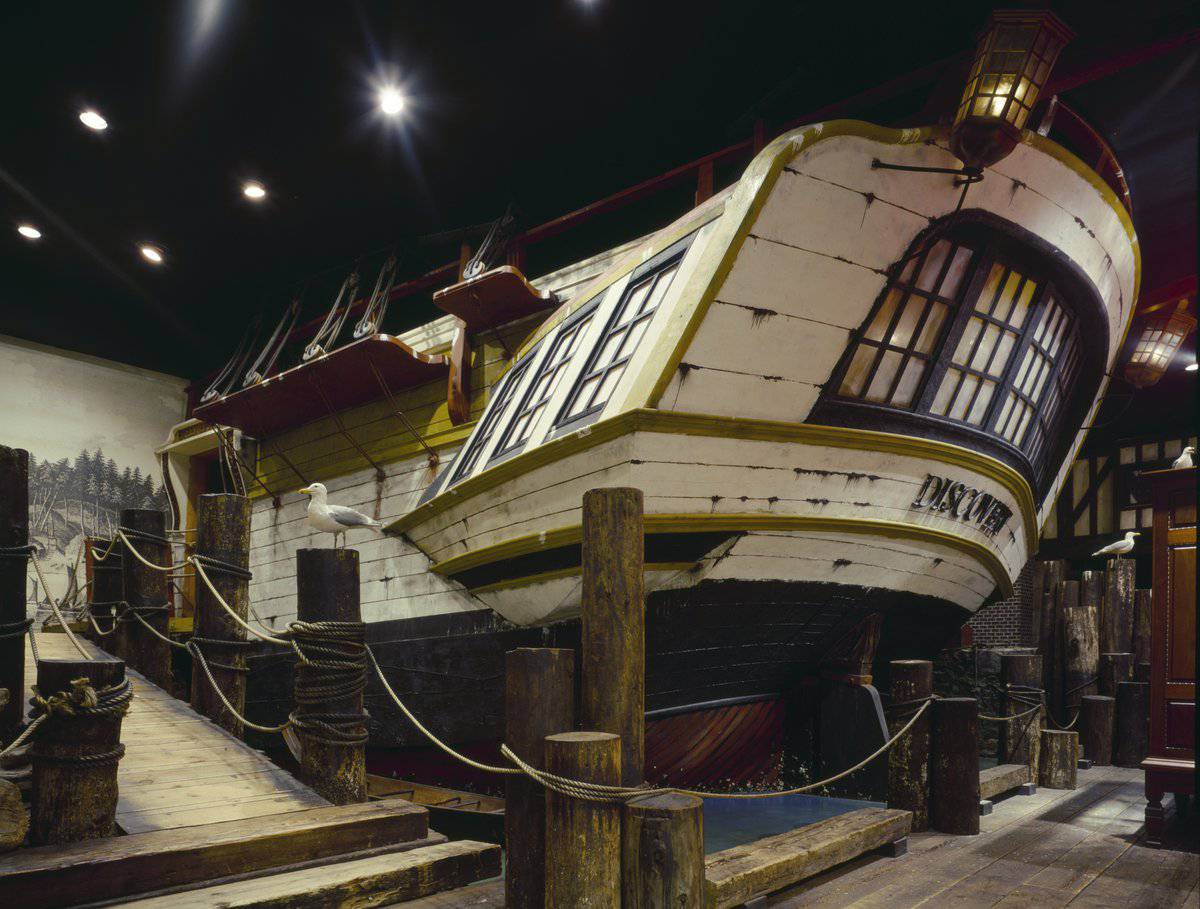 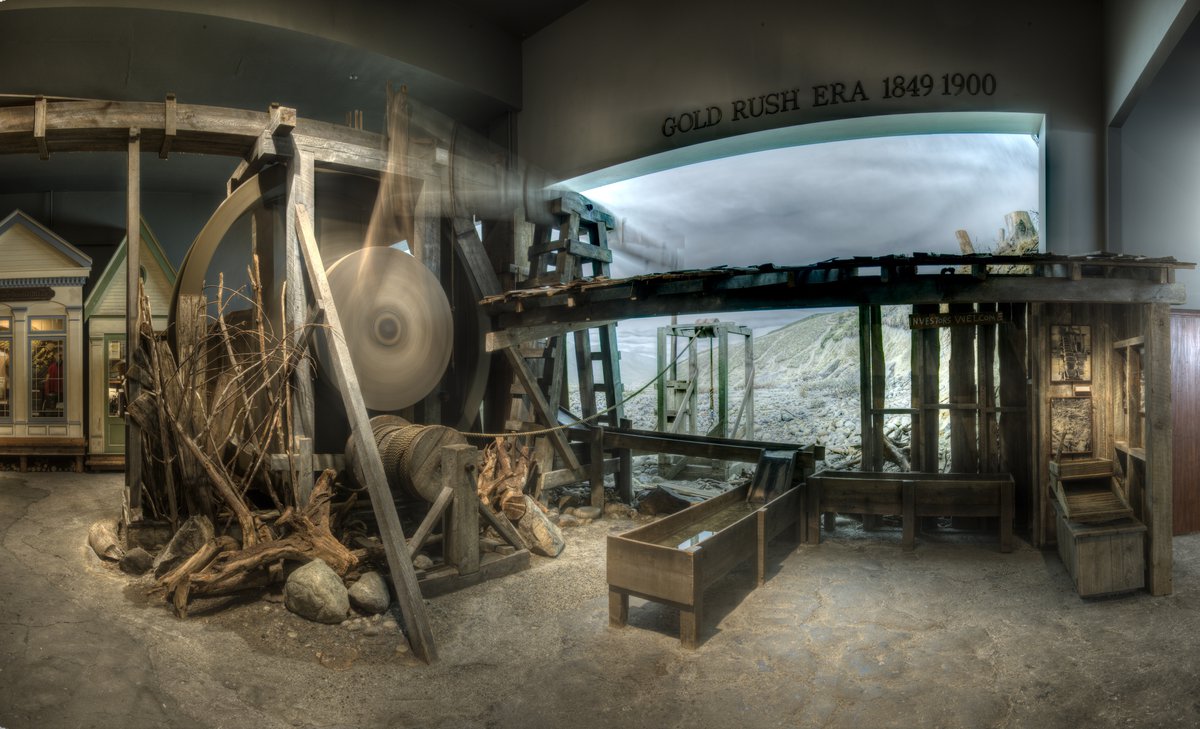 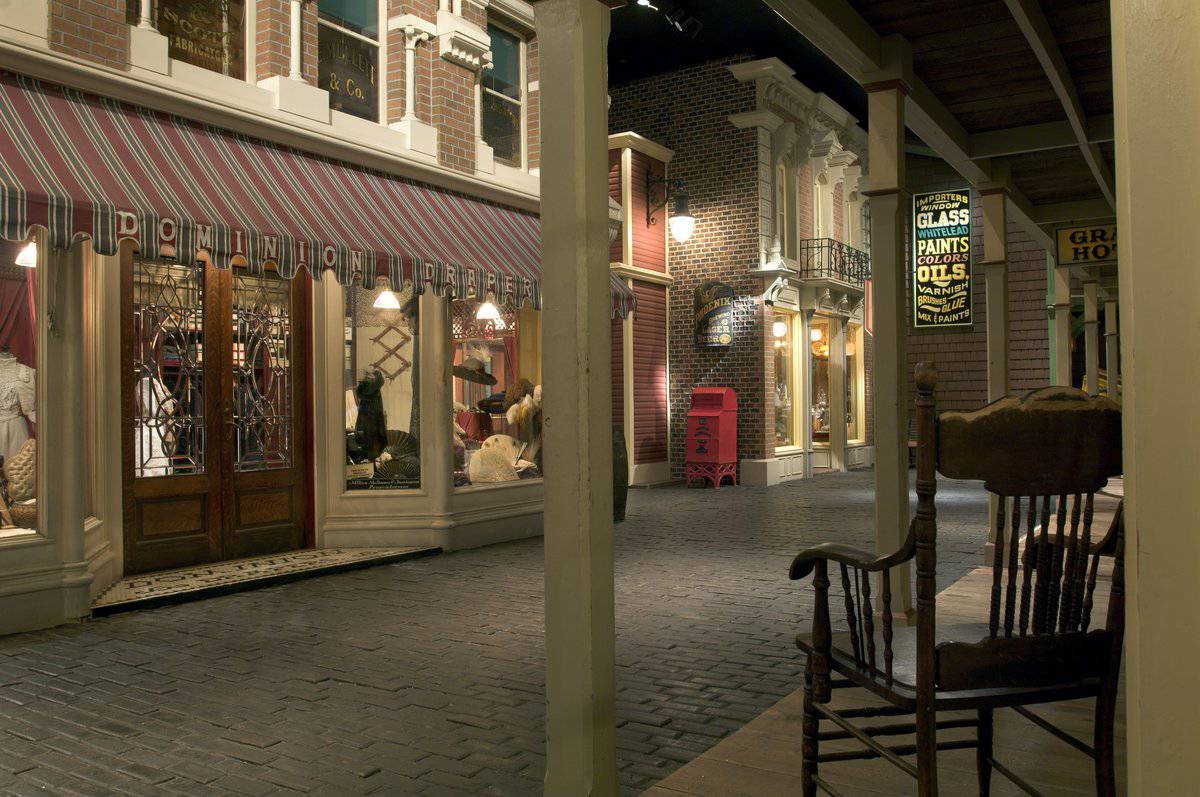 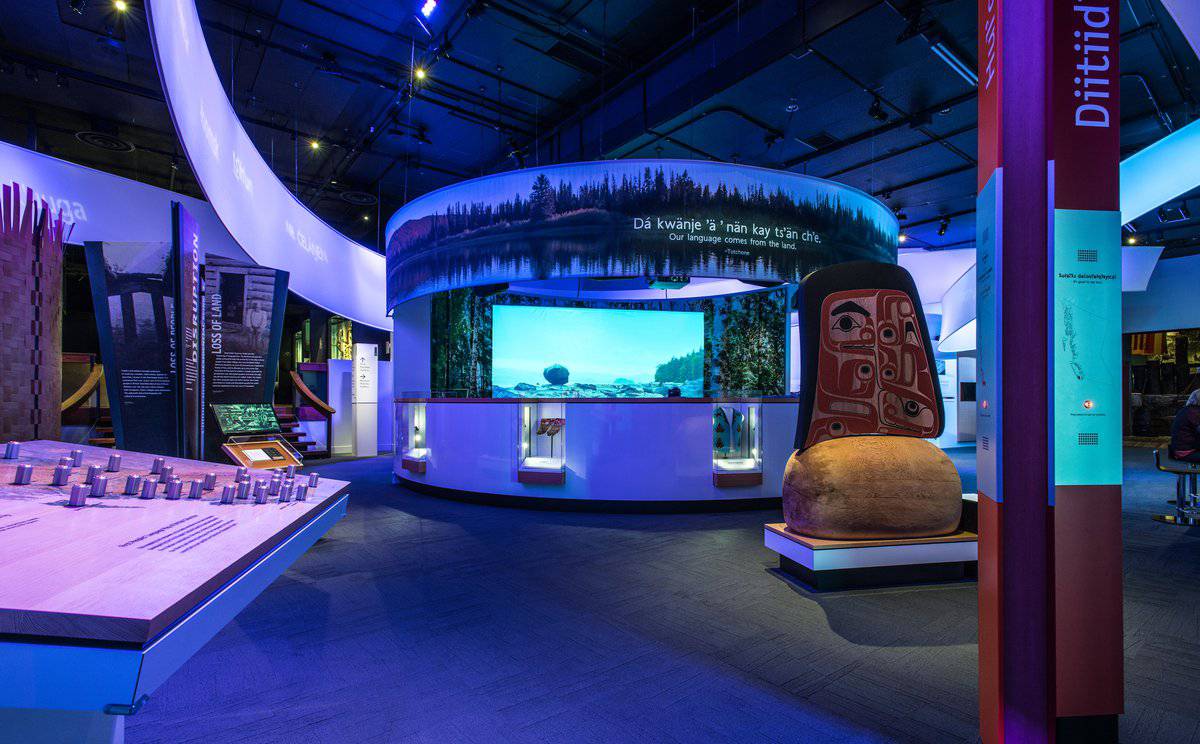 See all of British Columbia at the Royal BC Museum, a world-class museum of natural and human history. Explore our permanent galleries and immerse yourself in tales of where we’ve been and where we are going. Discover things and people you never knew before at what TripAdvisor users have twice voted number one in the Top 10 Museums in Canada. Experience authentic artifacts and highly realistic settings — from the Woolly Mammoth in his rocky, icy world to a tar-scented trip on the HMS Discovery. Stroll through Old Town’s wood-cobbled street and enjoy its shops, cinema and railway ...

See all of British Columbia at the Royal BC Museum, a world-class museum of natural and human history. Explore our permanent galleries and immerse yourself in tales of where we’ve been and where we are going. Discover things and people you never knew before at what TripAdvisor users have twice voted number one in the Top 10 Museums in Canada. Experience authentic artifacts and highly realistic settings — from the Woolly Mammoth in his rocky, icy world to a tar-scented trip on the HMS Discovery. Stroll through Old Town’s wood-cobbled street and enjoy its shops, cinema and railway station.

The Royal BC Museum Corporation is one of Canada’s greatest cultural treasures – and turns 130 years old in 2016.

Through research and learning, we strive to broaden understanding about our province and inspire curiosity and wonder. We are passionate about sharing British Columbia’s story with the millions of visitors who walk through our doors and explore our website each year.

Our collections, research and presentations enable us to tell the stories of British Columbia in ways that enlighten, stimulate and inspire. By exploring our social and environmental history, the Royal BC Museum advances new knowledge and understanding of British Columbia, and provides a dynamic forum for discussion and a place for reflection.

Since the early days of settlement in Victoria, the museum has collected and preserved the province’s significant artifacts and specimens for future generations. The museum was founded in 1886 in response to a petition signed by 30 prominent citizens. It was housed in a single room adjoining the Provincial Secretary’s office in the Capital Buildings - nicknamed “the Bird Cages”. John Fannin, who was an avid outdoorsman and collector and gifted taxidermist, was appointed as its first curator.

Over the next 12 years, the Museum was relocated twice, first to the former Supreme Court building, and then in 1898, to the East Wing of the newly constructed Legislative Buildings. During those years, approximately 3,700 people registered their visit to the Museum each year (actual attendance was probably two to three times that number).

In 1913, the Provincial government proclaimed the Museum Act, giving the Museum formal operating authority and defining its objectives:

Over the next 30 years, the Museum grew by leaps and bounds. New space was made for ethnological artifacts when the basement of the East Wing was excavated in 1921, William Newcombe, son of CF Newcombe, and Dr. Ian McTaggart Cowan joined the Museum as Assistant Curators of Biology, research papers were published, and visitors from across Canada and throughout the United States – including President Theodore Roosevelt – took visitation to new heights.

In 1941, six vacant lots at the corner of Belleville and Douglas streets in Victoria were transformed into Thunderbird Park, where totem poles from the museum’s collection were displayed. Just over ten years later, deterioration of the poles had become a serious concern, and Anthropology Curator Wilson Duff began a pole restoration program. The totem poles currently on display at Thunderbird Park are replicas of the originals, which have been moved inside, where they can be properly preserved.

The museum continued to grow and to attract more visitors. By 1961, estimated annual attendance reached 100,000. The province recognized that the time had come to expand the museum, and in 1963, Premier W.A.C. Bennett announced plans to build a new Museum and Archives as a Canadian centennial project. Three years later, Her Majesty Queen Elizabeth the Queen Mother dedicated the cornerstone for the current museum building, and in 1968, the museum made the move to the new building.

In 1977, The 12,000 Year Gap and First Peoples Galleries opened to the public, and in 1979, phase one of the permanent Natural History Galleries, Living Land, Living Sea, opened.

The Museum celebrated its Centennial in 1986, and since then has continued to grow – presenting exciting and popular temporary exhibits and completing the second phase of its Natural History Exhibits, Open Oceans.

On April 1, 2003, through the proclamation of a new Museum Act, the BC Archives, Helmcken House, the Netherlands Carillon, Thunderbird Park, St Ann’s Schoolhouse and the Royal BC Museum came together as the Royal BC Museum Corporation, creating a unique cultural precinct in the heart of British Columbia’s capital city. Although its buildings reside in Victoria, the Corporation reaches every region of the province through its website, exhibits and services, and is responsible to all citizens of the province.

675 Belleville Street
Victoria BC V8W 9W2
Located in the Down Town Harbour next to the Legislature Building.

12 Reviews of Royal BC MuseumReviewsWrite Review

I enjoy the museum and IMax, and look forward to their new exhibits. It's a bit pricey, which prohibits going often,but great when you get the chance

The fixed part of the museum keeps kids entertained for hours, the last few special exhibits have been set really well and incorporated some games for the children to learn through play

Wendy B
Victoria
1 review
0 friends
Was this review helpful? 0

The museum and the IMAX never disappoint!

This is an amazing experience that makes you feel like your part of the exhibits your viewing. It offers so much history and beautiful displays. It can take you back in time.

Fantastic IMAX and the exhibits are always worth the visit.

This was a fantastic event. It is too bad it is ending so soon. My son loved it and it was full of great information. I would highly recommend it to every age group.

great combinations of old world and new, using technology to teach you about history

Gerry A
Victoria
2 reviews
6 friends
Was this review helpful? 0

World class museum. Rather than just presenting artifacts they re-create whole environments in depth which make the experience feel real.

Visiting the Royal BC Museum is always a treat!

We especially love their fall exhibits. Kids stay fully entertained with so much to see and learn.

And, finishing the day with an IMAX movie is never a dull time.

Growing up in Victoria, I've been to the Royal BC Museum many times and it's such a lovely way to spend a day. The IMAX is always a hit, and it's especially fun to spend a little extra and see a feature film on the giant screen.

One of my favourite times of year to go is the first week of January when it's admission by donation, and they have the exhibit "Wildlife Photographer of the Year" with some of the most stunning images from around the world on display. It's also a great time of year to have some indoor activities up your sleeve!

Flag Review
Was this review helpful? 1

I love the Royal BC Museum. Ever since my girls were very young, we'd visit the Museum, check out the exhibitions, the natural history gallery, and the girls especially love wandering in old town. The IMAX is brilliant and its definitely a fun afternoon in the Fall and Winter visiting the Museum and IMAX together. And, makes for a fun date night too, much better than a Costco date night ... :^o