Due to the COVID-19 crisis, many activities and events have been cancelled or now being offered online, please contact the provider to confirm.
5.0

Let someone know about Winnipeg Artistic Swimming with any of these links: 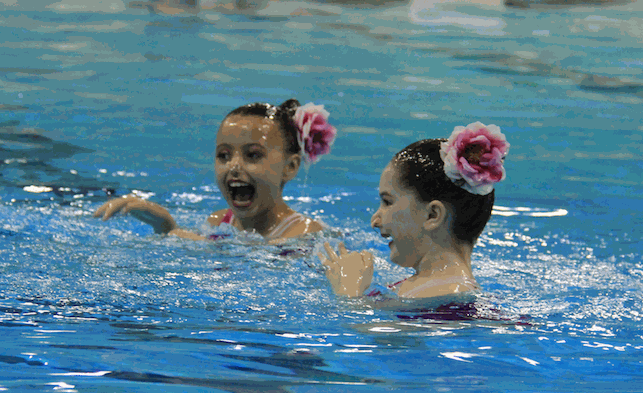 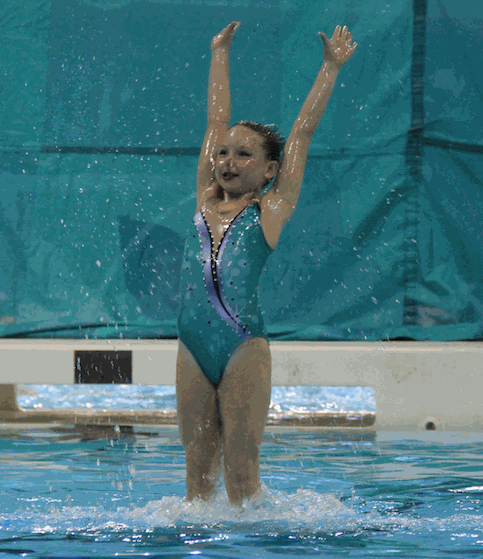 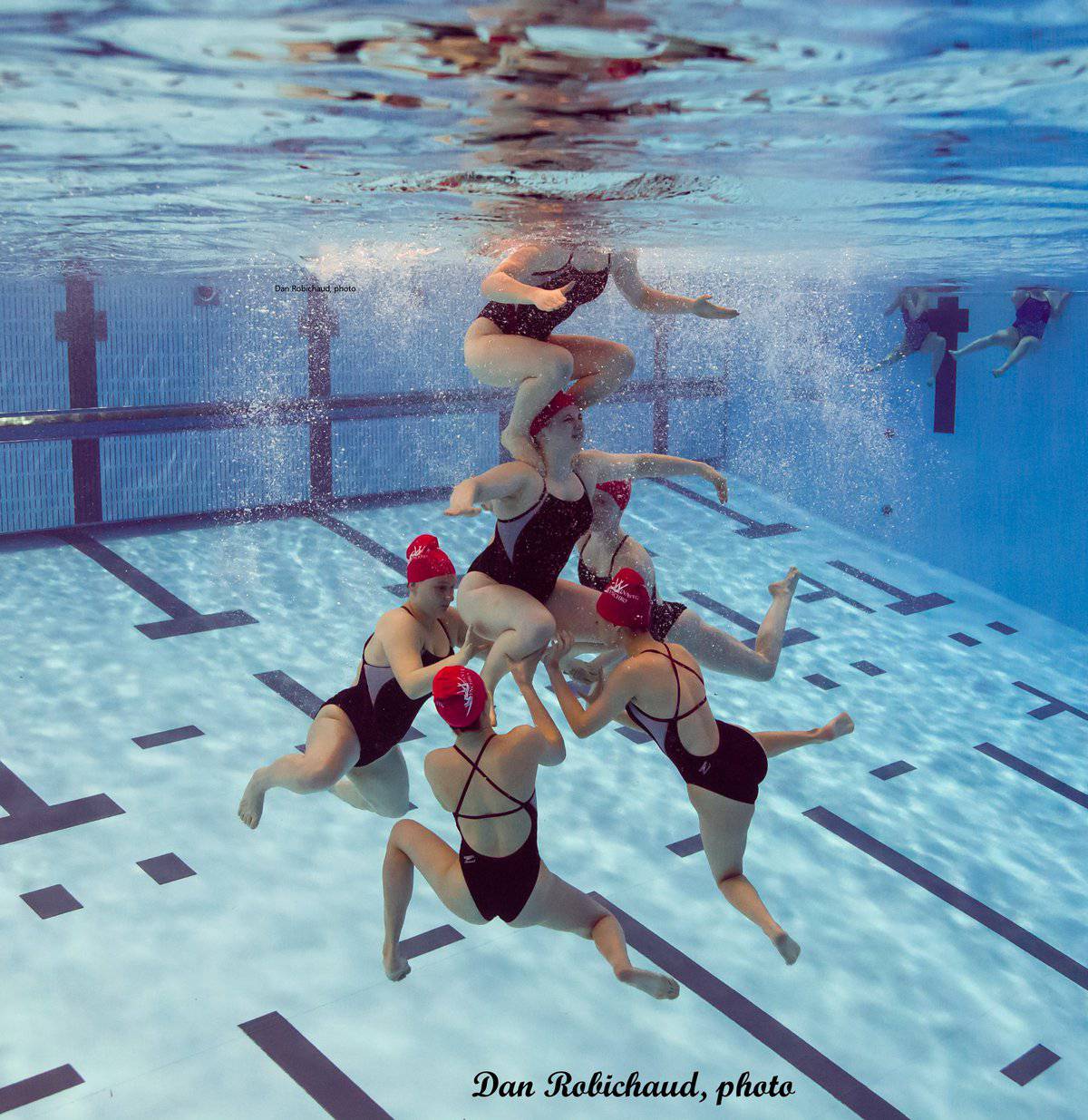 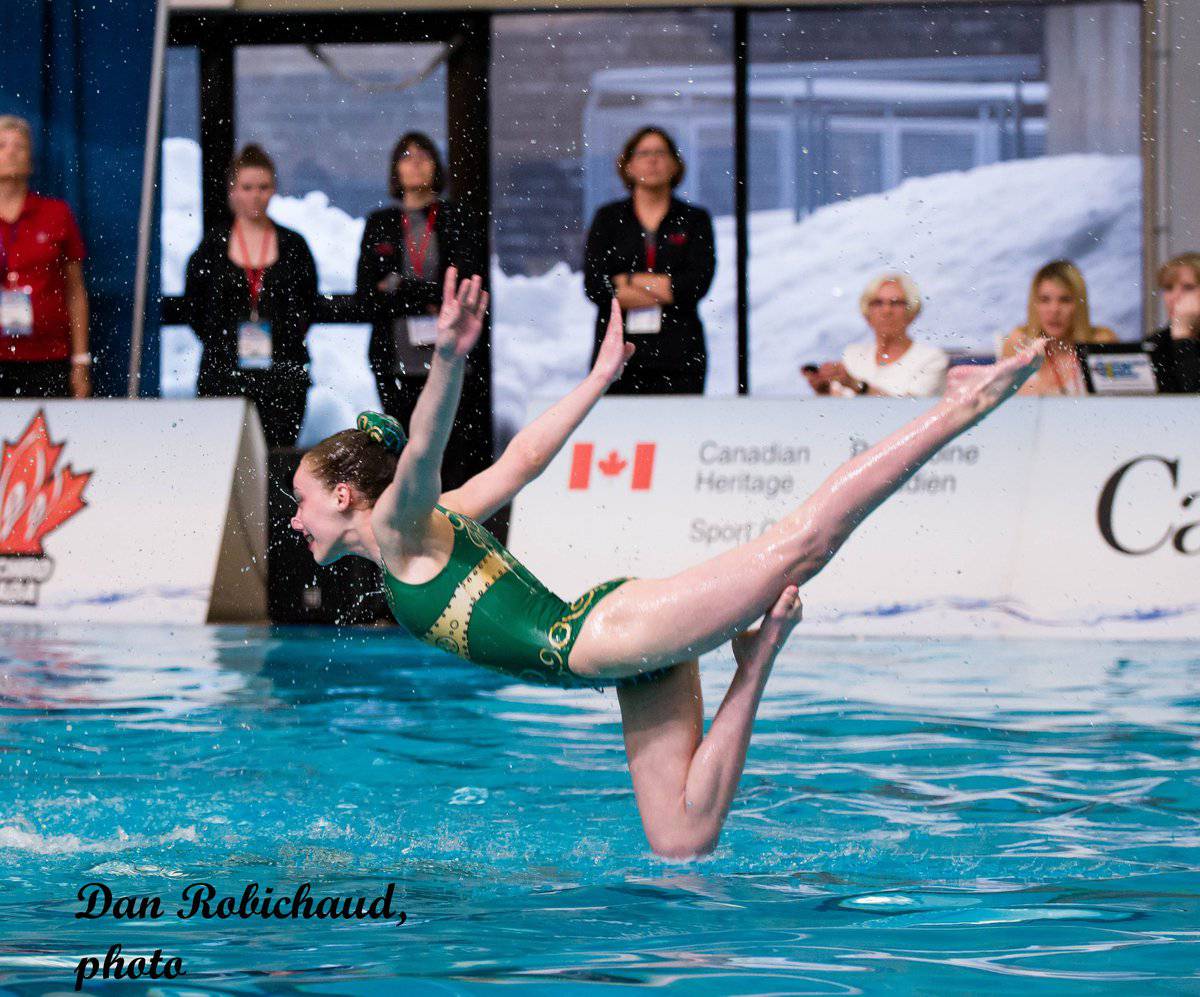 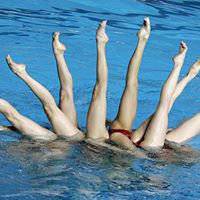 Winnipeg Artistic Swimming is a parent-run, not-for-profit club.  We strive to provide a positive and cooperative atmosphere to assist artistic swimmers of every level -- from beginner recreational to high performance -- to achieve their full potential.  We have classes and teams for ages 5 years and up (even beginner adults).

What is artistic swimming?  Artistic Swimming (formerly known as “synchronized swimming”) is often described as a combination of swimming, dance, and gymnastics.  Athletes (solo, duet, trio or team) perform elaborate routines to music, in the water, displaying their creativity, flexibility, strength, aerobic endurance and technique.  ...

Winnipeg Artistic Swimming is a parent-run, not-for-profit club.  We strive to provide a positive and cooperative atmosphere to assist artistic swimmers of every level -- from beginner recreational to high performance -- to achieve their full potential.  We have classes and teams for ages 5 years and up (even beginner adults).

What is artistic swimming?  Artistic Swimming (formerly known as “synchronized swimming”) is often described as a combination of swimming, dance, and gymnastics.  Athletes (solo, duet, trio or team) perform elaborate routines to music, in the water, displaying their creativity, flexibility, strength, aerobic endurance and technique.  Athletes are not allowed to touch the bottom as they lift or “throw” their team-mates several feet into the air during “high-lights”.  An artistic swimming team is the very definition of teamwork, as eight athletes move as one to music, with split second precision and grace.  The routines are thrilling and beautiful to watch.

Artistic swimming is a well-rounded sport to promote overall physical fitness, since it  requires tremendous cardiovascular endurance, flexibility and strength, as well as coordination, creativity, and balance.  However, the benefits of training in our sport extend beyond physical fitness.  The athletes form close friendships with their team-mates, and more senior athletes are excellent role models for younger athletes.  Athletes improve at their own pace, but only through regular effort, discipline, hard work, and professionalism – all transferable attributes.  Our coaches help each athlete to set and achieve realistic goals, leading to the development of confidence in and out of the pool.  And if you ask the athletes, artistic swimming is FUN!

Our highly qualified coaches follow the principles of Long Term Athlete Development in order to nurture the best in your swimmer in a safe and enjoyable environment.  We offer competitive programs where athletes can achieve their full potential through competition at local, regional, and/or national levels.

Our Mission:  The Winnipeg Artistic Swimming Club (previously Winnipeg Synchro) is a non-profit, parent run organization. It strives to provide a positive and cooperative atmosphere for participants in the sport of artistic swimming by assisting athletes to achieve their full potential.

•       provide high quality competitive and pre-competitive programs in which athletes can realize their full potential.

•       encourage and develop a well-qualified coaching staff to meet the needs of the athletes.

•       develop a pool of well trained volunteers to support the sport of synchronized swimming.

•       promote the sport of synchronized swimming at the community, provincial, inter-provincial, and national levels.

Our club offers beginner recreational programs both in shallow water (ages 5-7 years) and deep water (ages 7 and up, even adults), as well as competitive programs for athletes who want to compete locally, regionally, nationally, or internationally.

Our Club has roots dating back more than seventy years! Winnipeg Artistic Swimming was started in 1947 by Sheila Killough a swim/ballet instructor at the Winnipeg YWCA. Some of the older Y members were finished with swimming lessons and tired of speed swimming and wanted to try “ornamental swimming”, as it was called back then. Sheila agreed to teach them and the "Winnipeg YWCA Synchronettes" were born. At this time Sheila was still dancing with the Winnipeg Ballet Company (soon to become the Royal Winnipeg Ballet).

Water shows were held in the YWCA pool with the first show held in 1950. In 1954 a small stage was built over the water so that the YWCA ballet classes could also participate in the show. Water shows were also held at many different places including the Red River for Selkirk Days: the athletes performed their routines floating downstream and by the time they had finished their display, they were heading around the turn in the river. Often the boy friends/husbands would come along and carry the equipment and play the records.

The "YWCA Synchronettes" competed in their first National Championships in 1952. The two athletes were Queade Routley and Gerry Braid (soon to be Land.) The club continued to train in the YWCA pool until the building was demolished in the early 70‘s and a new building was constructed. During the construction the athletes trained in the St. Vital YMCA pool. When the new building opened the YWCA policy changed concerning the hosting of competitive sports teams in their building. Although the club was allowed to continue to train in the building, they could no longer be called the "YWCA Synchronettes". The "Manitoba Aquadians" was the new name chosen for the club in 1976. In 1991 the "EKY Aqualinas" merged with "Manitoba Aquadians". The next name change was in 2003 when the "Naiad Synchro Club" joined with the "Manitoba Aquadians" to form "Winnipeg Synchro".  The last name change to "Winnipeg Artistic Swimming" occurred in 2019, in response to the change of the name of our sport was changed from "synchronized swimming" to "artistic swimming" by our international governing body.

Our current Head Coach is Karen Land, one of the daughters of Gerry Land (née Braid).  Our high performance coach, Jennifer Land, is also a daughter of Gerry Land and had a very successful career as an elite athlete.    Over the years our club has had many highlights, including most recently supplying nine of the ten athletes, the Head Coach, the Assistant Coach, and two Apprentice Coaches for the Manitoba Artistic Swimming Team to represent our province at the 2019 Canada Winter Games.

Join 65,000+ parents and get the inside scoop on how to rock at parenting.
UPCOMING EVENTS
CAMPS & KIDS PROGRAMS
Winnipeg INSIDER GUIDES
SPECIAL OFFERS
No thanks, I already know everything going on in Winnipeg

My daughters have participated in the summer camps, beginner programs, and more recently swum with competitive teams. I loved that they became very fit (flex, cardio and strength), had alot of fun, and made friends. The coaches are amazing and supportive of the "whole" swimmer.

My daughter has been swimming with Winnipeg Artistic Swimming for four years and she loves it. It gives her so much self-confidence. It keeps her fit and strong. She's an only child and I love how close all of the girls are, it's quite the sisterhood. The coaches are fabulous and really work hard for everyone on the team. I'm so glad we found this sport and this team for our daughter.

Flag Review
Was this review helpful? 1

My daughter swam with this club for many years and just loved it! Still does and now she’s a coach!! It’s an amazing sport for building strength flexibility endurance as well as strong swimming skills. And the sense of healthy team work it instills is unparallel in any other sport. I’d highly recommend the sport and this club in particular. It offers the chance to grow from a recreational participant to a competitive one, all in the same club.

Wonderful experience for my kids! We will be returning for sure.

Both my children have had great experiences with the programs run through Winnipeg Artistic Swimming. They have made excellent friends, had fun and been a part of a positive team experience. Also the sport has made them very strong swimmers. The coaches are positive and excellent at what they do!