Let someone know about Creative Coding for Kids with any of these links: 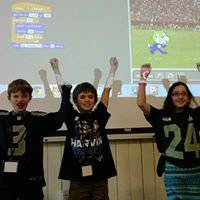 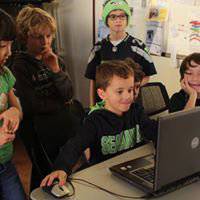 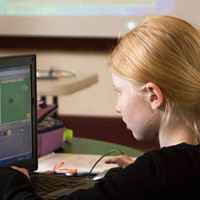 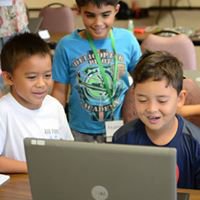 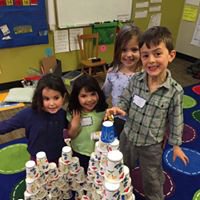 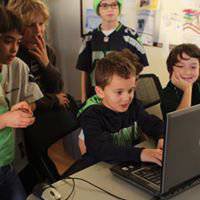 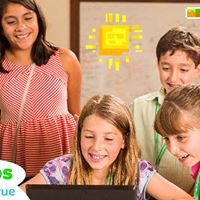 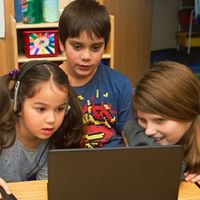 Let’s face it, kids love computer games. I have found that the most highly engaging way for anyone to learn programming, is to have them write a game. A game that they can play as they create it, then enhance and extend it into something uniquely their own.  It’s like having a pet that you made yourself, that doesn’t need to be fed and doesn’t make poop.

As our teaching tool, we use Scratch, the highly-regarded M.I.T.-developed tool that is designed specifically for introducing kids to coding. (we now recommend ...

Let’s face it, kids love computer games. I have found that the most highly engaging way for anyone to learn programming, is to have them write a game. A game that they can play as they create it, then enhance and extend it into something uniquely their own.  It’s like having a pet that you made yourself, that doesn’t need to be fed and doesn’t make poop.

As our teaching tool, we use Scratch, the highly-regarded M.I.T.-developed tool that is designed specifically for introducing kids to coding. (we now recommend the downloadable Version 2.0.) Scratch is easy enough for an 8-year old to get instant results, yet capable enough to grow with them over the years as they gain skills. Using Scratch, kids can start with very small simple steps and gradually grow into coding sophisticated animations, games, and interactive stories. Scratch is incredibly deep and capable of running amazing programs. A kid could code for hundreds of hours in Scratch and still not fully exhaust its capabilities for creative coding.

What I really like about it as a former I.T. Professional is that while the kids are playing with Scratch, being creative, they’re also learning fundamental object-oriented programming concepts, structures and methods that are applicable to almost any modern computing language, from Python to Ruby to Java to whatever new language will be popular when they’re older. (hello Swift!) The syntax is not important because that’ll change. It’s the basic concepts that matter. Scratch is good at reducing syntax-based barriers to learning.

I’m a firm believer in the value of learning how to code, and I’m certainly not alone.* As Steve Jobs once said “Everybody in this country should learn to program a computer, because it teaches you how to think.”

In addition, when a young child realizes that they have the power to create semi-autonomous computer programs, it opens up a whole world of creative expression that would otherwise be closed to them. Computer languages and tools are always changing, but understanding the basics of coding and demystifying the process means they'll never be limited by the constraints of other people's software.

The key is to start small and let them have fun. Kate and I have been coding together since spring 2013 and from the beginning, she had much fun! We started off with making this simple, silly animation , which took her about a couple hours to make, starting from “scratch.” (with my guidance, of course.) She was so proud and delighted! She got up early the next morning to start working on something more sophisticated. Now, as a veteran of several of my camps and classes, she and my other students are writing some pretty impressive stuff.

Most kids won’t decide to make a career out of writing code, but almost all of them will end up using computers as an important part of their future career. Understanding how computers work “from the inside,” at a fundamental level, will help them use computers more effectively in any field.

*Note: Creative Coding 4 Kids has now served over 1000 Seattle families who signed up their kids for our classes since they are smart and knew they were going to be awesome.) Update: The reviews are in, and they were right. Also, Kate wishes me to say that she endorses this class.

What will we do?

In all our camps and classes, we put the kids into groups by ability. With our small class sizes, we can give kids individual attention.

Beginners start off fairly structured, with everybody getting an introduction to the basic concepts of object-oriented programming, using a few basic shapes and methods. The kids will learn how to make them move and interact together, as we each make the same simple animation, then customize it. Then we teach them basic interactivity so they can make a simple game. Then, the kids will be encouraged and supported as they extend, enhance, and grow the game into something uniquely their own. Of course some kids will “get it” quickly, be rebels and start writing something totally different. And that’s OK. We will encourage and support such creative shenanigans.  By halfway through the "Beginners" class, kids learn enough to become largely self-sufficient, are given the freedom to pursue their own pet projects, just like in the advanced classes.

Be the first to review Creative Coding for KidsReviewsWrite Review