Let someone know about Techsplosion Hands-On Science! with any of these links: 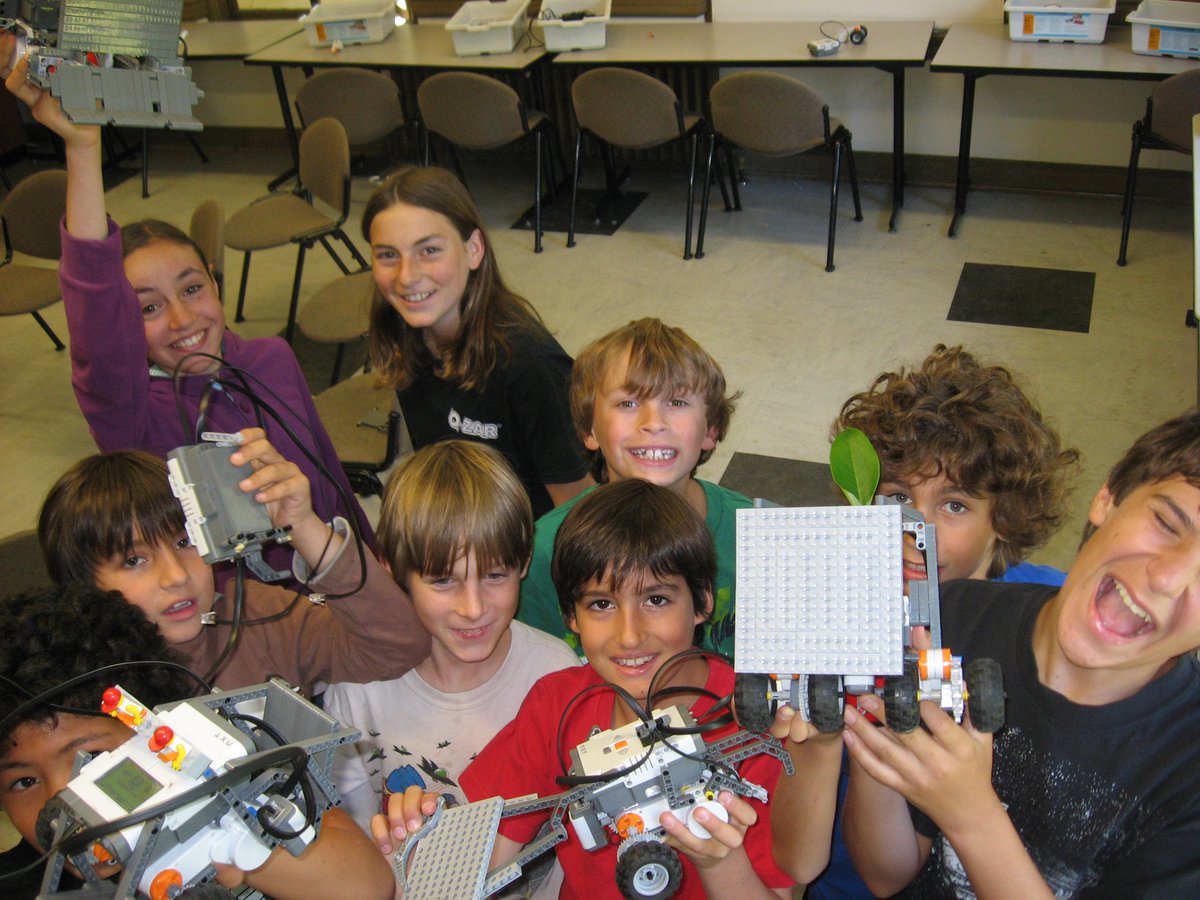 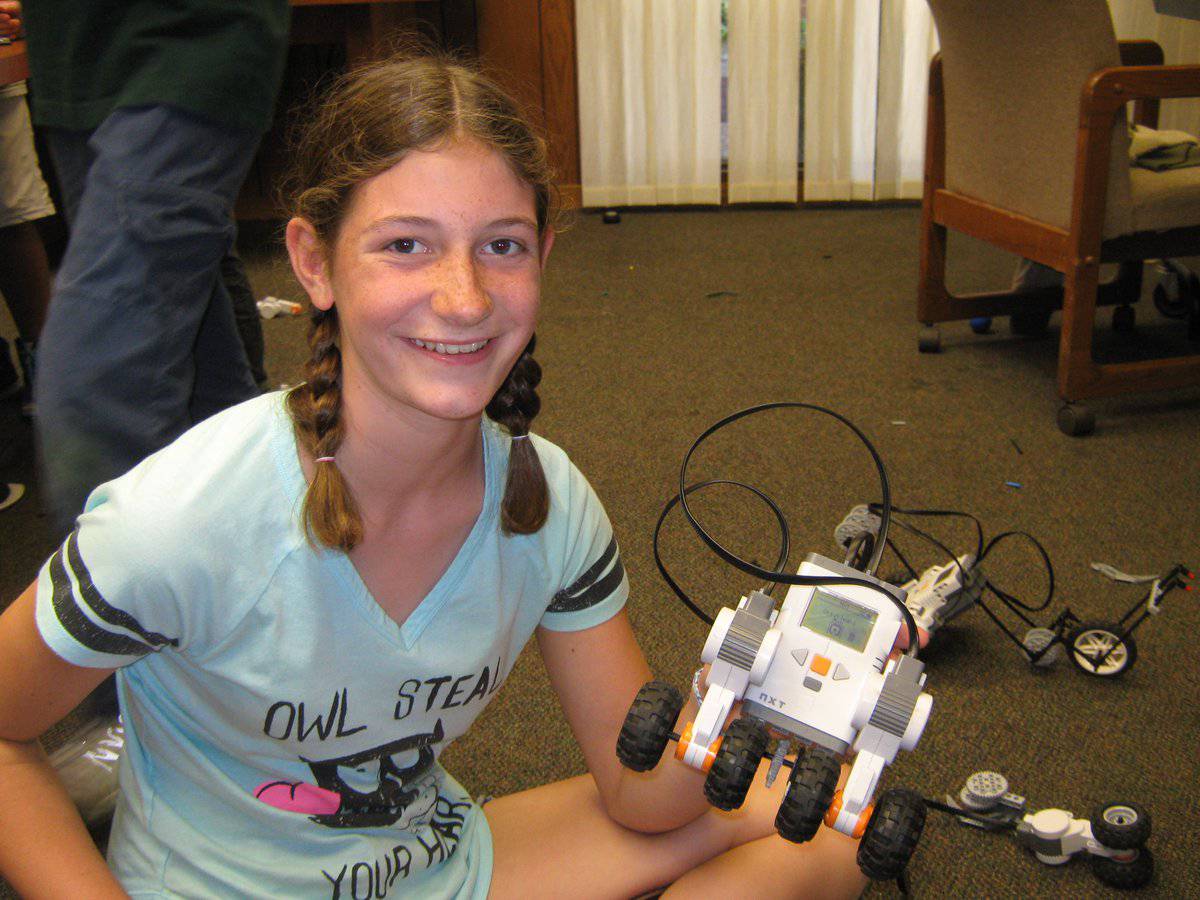 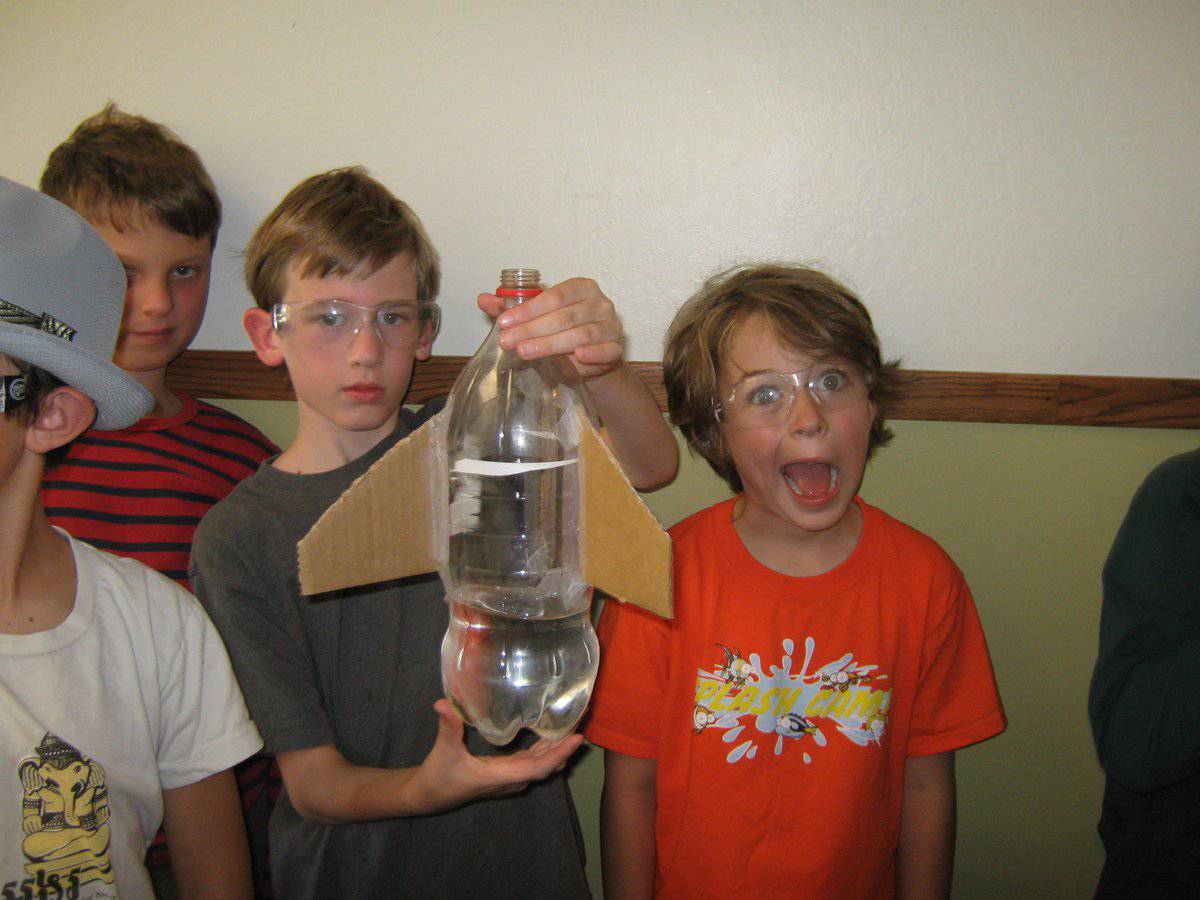 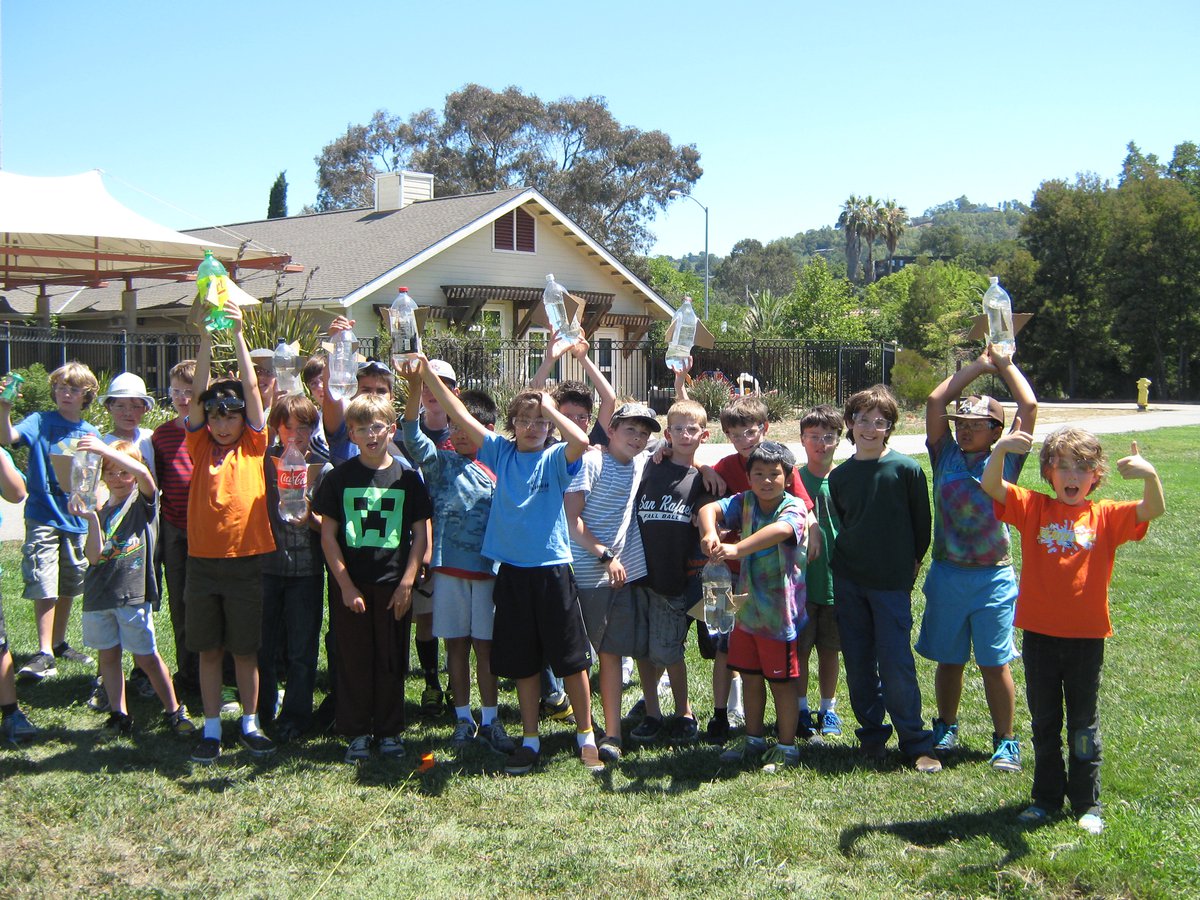 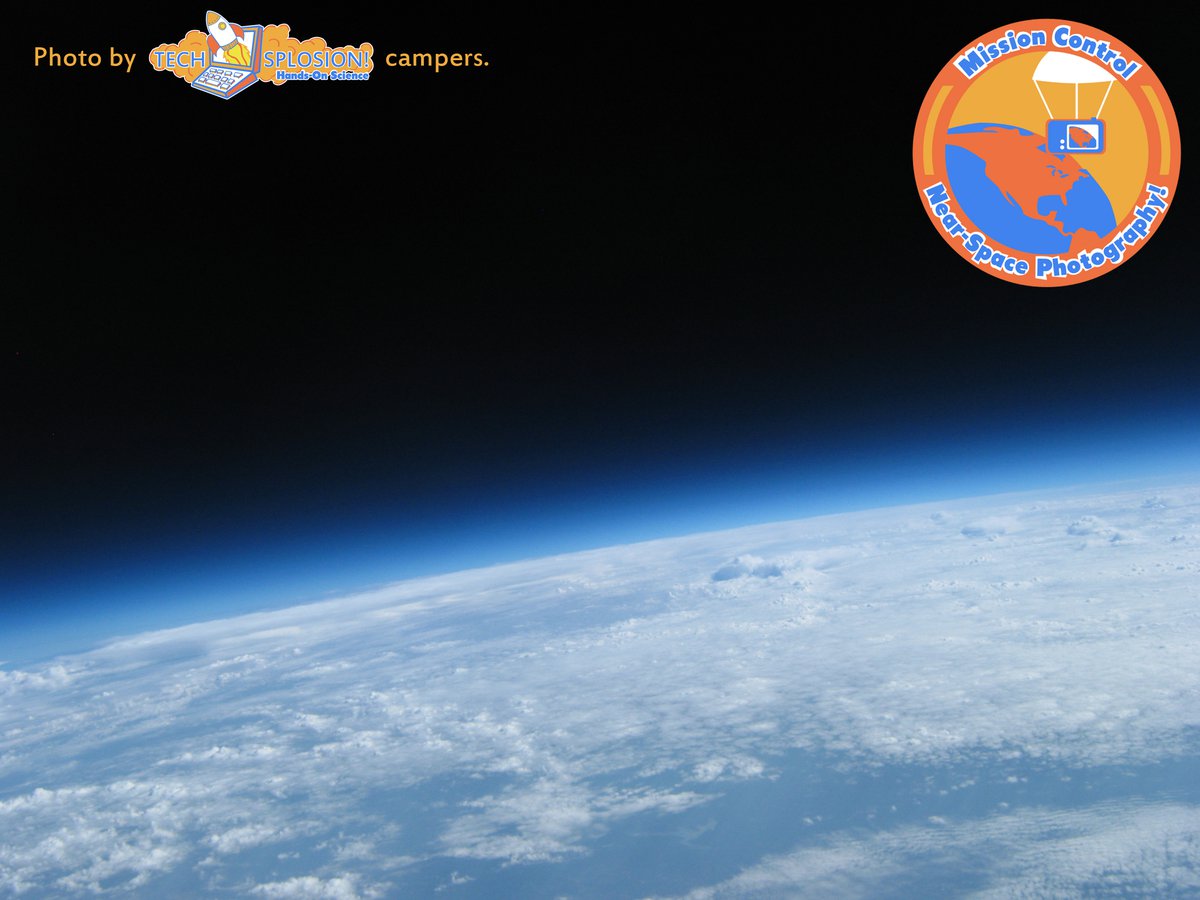 What puts Techsplosion ahead of the game?

Awesome projects! What other camp has you sending a weather balloon to the edge of space by the end of a week long camp? Where else can you learn everything you need to engineer and program an autonomous fighting sumo robot out of LEGO? Every Techsplosion program is developed with kids in mind.

Science! Ask your kids what they learned in school today and there response will inevitably be somewhere between "Nothing." and "I hate school." Ask what they learned at Techsplosion today, and be prepared to hear "I learned how to ...

What puts Techsplosion ahead of the game?

Awesome projects! What other camp has you sending a weather balloon to the edge of space by the end of a week long camp? Where else can you learn everything you need to engineer and program an autonomous fighting sumo robot out of LEGO? Every Techsplosion program is developed with kids in mind.

Science! Ask your kids what they learned in school today and there response will inevitably be somewhere between "Nothing." and "I hate school." Ask what they learned at Techsplosion today, and be prepared to hear "I learned how to use an ultrasonic sensor!" Kids have such a great time with Techsplosion that they don't even realize they're gaining useful knowledge! We call it "Stealth Learning" ;)

Hands-On! No- seriously. A lot of schools and camps think "hands-on" means "hands-on a textbook". At Techsplosion, every project involves creative problem solving, and creating something tangible- whether it be a robot, a rocket, or a video game!

Inquiry-Based Learning! If your lecture involves giving the answer to your students, they aren't learning! We utilize inquiry-based learning, which means asking questions instead of giving answers. When campers discover the answers for themselves, they gain a comprehensive understanding of the topic- instead of just memorizing.

Small classes! Our average instructor : camper ratio is 1:8. This means more individualized attention so students who need extra time get it, and students who excel can keep right on trucking!

We offer summer camps, holiday camps, workshops, private events, and more! Please contact programs@techsplosion.org if you're interested in booking us. Here are our summer camps:

Come explore the world of Minecraft with us! Junior Minecrafters will have tons of fun as they learn the basics of the world famous game. We’ll learn about the different game modes, how to craft some crazy contraptions, and even build an awesome house together! In between sessions of computer time, we’ll do other fun Minecraft stuff like papercraft, a camp-made costume party, outdoor games, and on Friday, a Minecraft potluck party!

Spawn into the curious world of Minecraft! Learn the fundamentals of video game design as you create epic worlds with the help of your fellow campers and powerful tools like WorldEdit, make awesome screencasts like your favorite YouTubers, and during free time, compete in Minecraft Hunger Games, Sky Wars, and more! This is the Minecraft summer camp you’ve been waiting for.

It’s time to take your craft to the next level! We’ll learn the basics of coding mods using Java and Eclipse IDE, and dive deep into video production and game design concepts. We’ll focus on what makes great games, screencasts and mods great, and learn to use a variety of powerful tools to help make our ideas a reality.

**All campers who attend Minecraft Challenge first are invited to attend Xtreme Minecraft, regardless of age.

Brace yourselves for an awesome week of the best Techsplosion has to offer. Build and battle autonomous robots, program an awesome original video game, make a stop-motion movie, build a Minecraft fortress, fight with friends in our epic marshmallow gun battle, and launch a helium-powered craft to 100,000 feet taking pictures and video of the edge of the earth! You'll never forget your week of Techstravaganza!

Build a LEGO® MINDSTORMS® robot that walks on its own, or a rover that uses an ultrasonic sensor to navigate around obstacles! Challenge a friend to a robotic sumo match and push him out of the ring, or if you're feeling adventurous, take on 'The Pit O' Despair'! Techies will learn about engineering and robotics by using the LEGO MINDSTORMS NXT system at this amazingly fun workshop!

The next level in video game design! Platform games like Mario are some of the most challenging, fun, addictive, and engaging games out there, and we’ll learn all about them! Techies will learn about the physics of platform games, and will create a unique game that they can bring home to show to friends and family!

Ever wondered how they made Wallace and Gromit? Get ready to make your own stop-motion film from the ground up! Campers start by coming up with a great idea for a short film, then develop it fully by planning their scenes and preparing props and backdrops. Next up is filming using stop-motion technique, and finally, film day, where campers will show off their hard work! NOTE: The main focus of this class is storytelling and prop creation. Computers are used, but to a lesser extent than in our other courses.

Space Cadets, prepare yourselves for launch day! We'll spend the week exploring space-related challenges like designed water-powered aircraft, building robots that can navigate Mars craters, and culminating in designing, building, and launching our very own helium-powered near-space craft approximately 100,000 feet above the earth to take astounding photos of the edge of the Earth. Cadets will be responsible for collaborating and delegating to ensure that every mission is a success in this unique and memorable summer camp experience.

Since 2010, Techsplosion’s hands-on STEM programs have been presented to over 2000 students at over 50 facilities in the San Francisco Bay Area. Every Techsplosion program is designed to minimize rote memorization and maximize experiential learning, which helps create a comprehensive understanding of challenging subjects. Techsplosion instructors offer truly hands-on learning and problem solving that fosters critical thinking and leadership well beyond the classroom.

618 B St, San Rafael
Get Directions