Let someone know about Expressions Film Studio with any of these links: 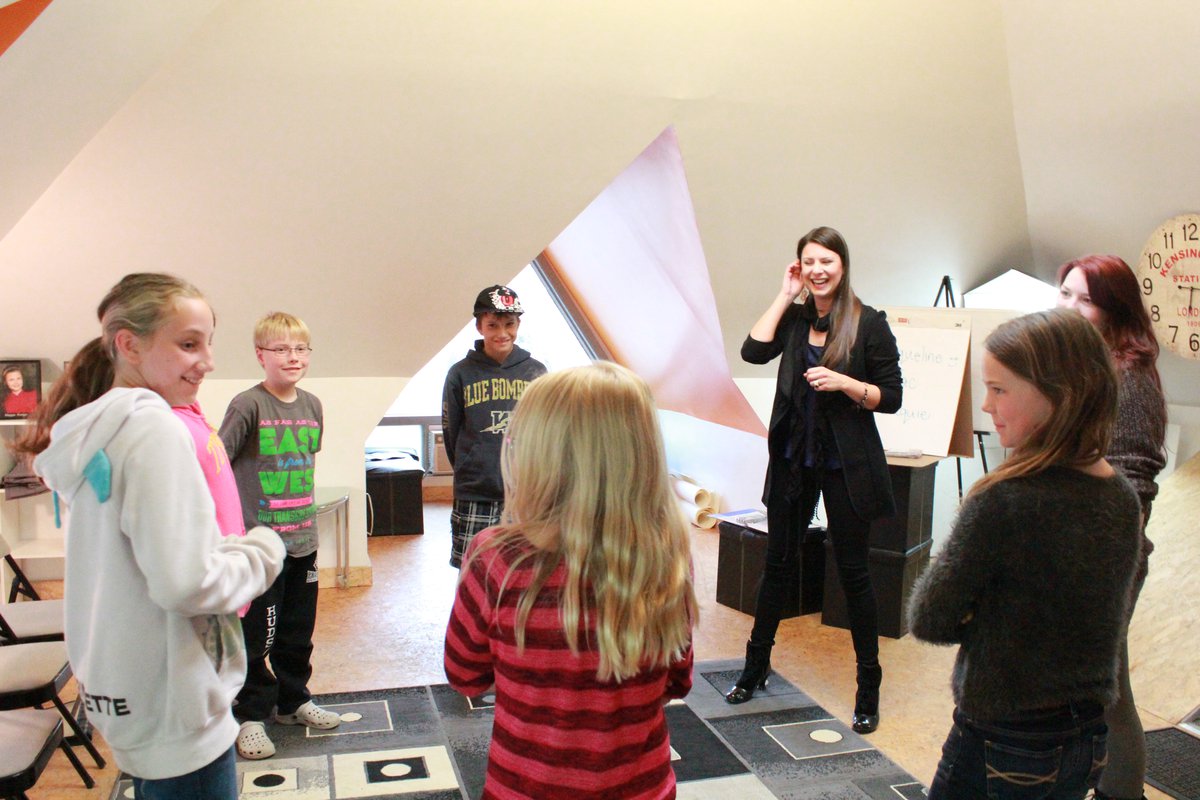 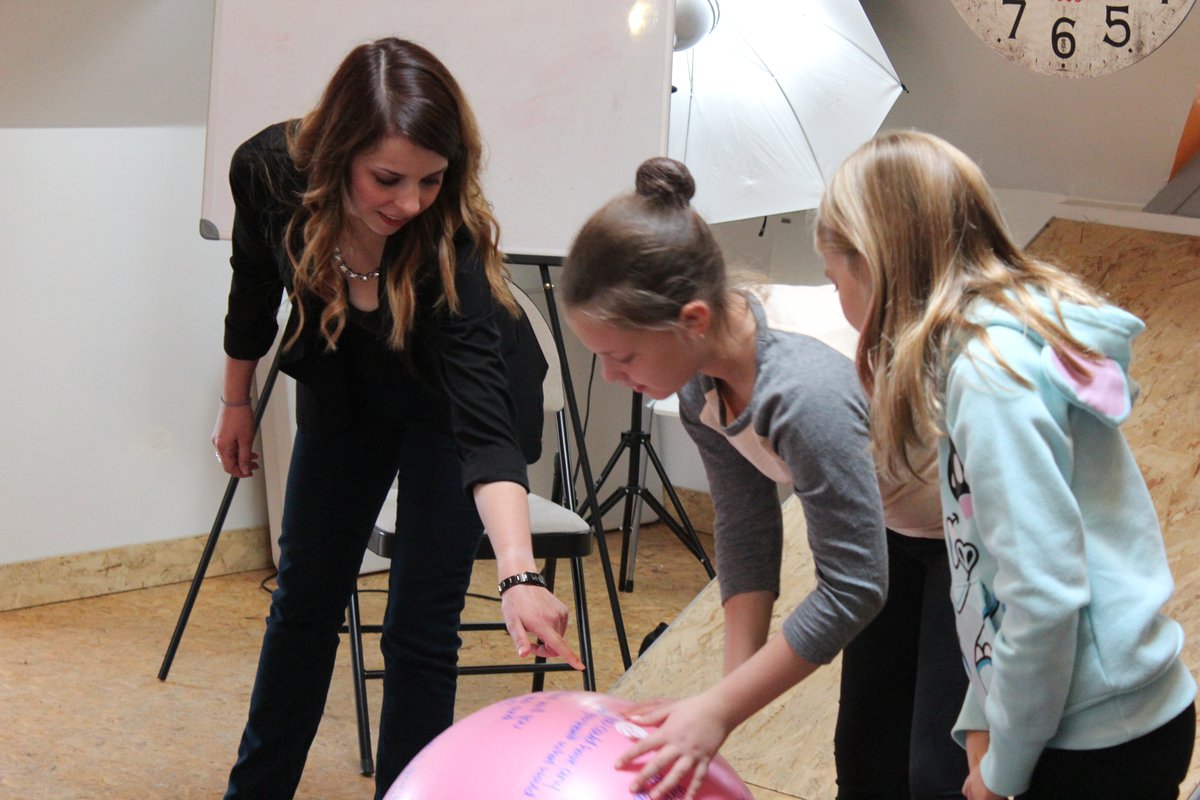 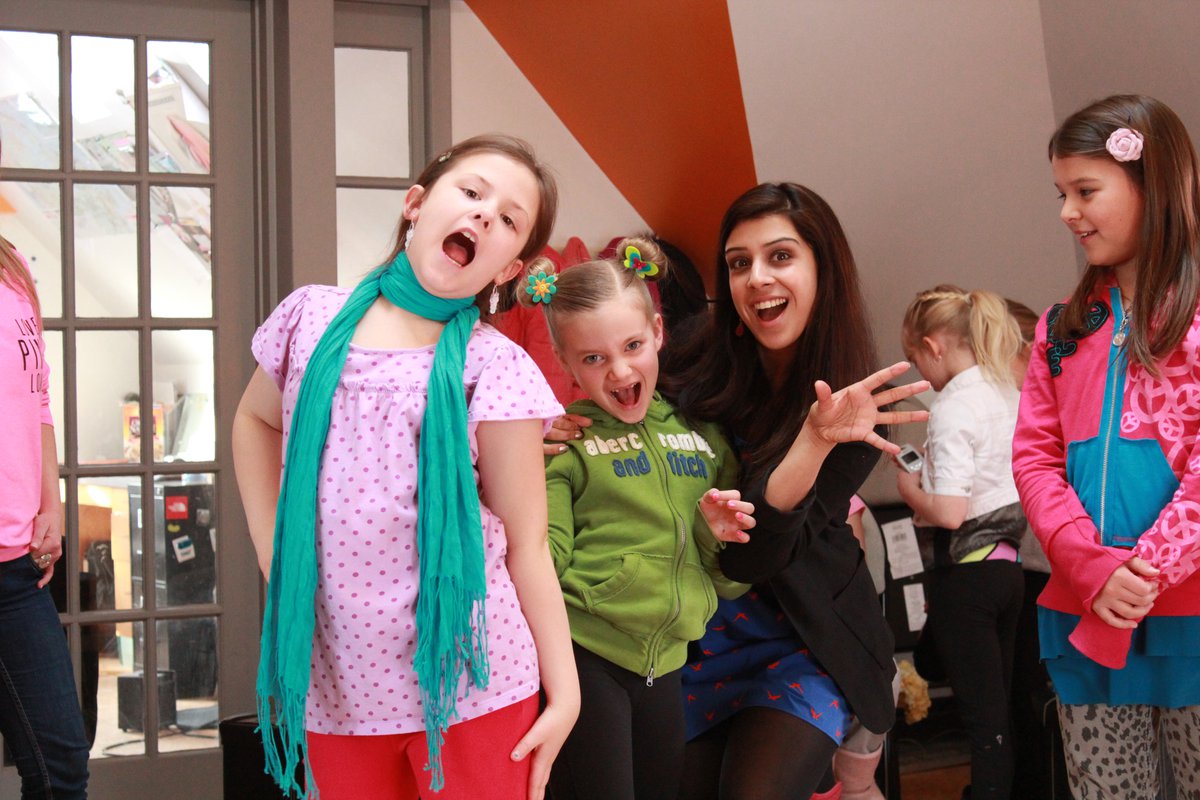 Expressions Film Studio is a professional film acting school for youth. All classes at EFS are structured to teach the fundamentals of acting which include, auditioning, scene work, set etiquette, and improvisation. In addition to these skill sets, the classes are also geared to inspire creativity, promote confidence, develop a sense of self, and improve team building skills.

Film Acting is a dynamic skill, which requires a solid introduction to the basics. In the Intro to Film Acting class, students will learn various acting exercises and games used in both film and in theatre ...

Expressions Film Studio is a professional film acting school for youth. All classes at EFS are structured to teach the fundamentals of acting which include, auditioning, scene work, set etiquette, and improvisation. In addition to these skill sets, the classes are also geared to inspire creativity, promote confidence, develop a sense of self, and improve team building skills.

Film Acting is a dynamic skill, which requires a solid introduction to the basics. In the Intro to Film Acting class, students will learn various acting exercises and games used in both film and in theatre. They will also work on gaining confidence in front of an audience, and in front of the camera. The class is geared to be fun, high energy, and interactive. The instructors of this class encourage students to become empowered in their creative processes and to share their ideas without qualm of being ridiculed or rejected. A highly nurturing and respectful class will allow students to explore their individuality and their imaginations without fear.

This class is best suited for those students who have had no previous acting experience and who are looking to build confidence in performance arts. Scene work in class is covered, but is not the main focal point of the curriculum.

A strong foundation is paramount for mastering any skill set. The Dailies classes are structured around learning the basics of film acting and for gaining comfort on camera. We learn about scene work, auditioning, eye lines (where to look when saying lines), saying lines in a truthful way, and the importance of teamwork! Our classes are jam packed with so many improvisation exercises and scene work from today’s most popular kid’s shows and movies, the learning is all masked behind our most important mandate: FUN!

This class is suitable for kids who have little to no experience in performance arts and who are between the ages of 7-9 years. Please note all students receive lines for memorization after every class, which requires some time outside of class for homework. A basic reading level is required.

Conveying emotions is essential for a good actor. The “Beats” classes are focused on continuing to build on the foundation for film acting. Here we begin to really hone in on the moment-to-moment truth in scene work. We begin to introduce the prep work, which is involved in acting including, script analysis, objectives, moment before, and filling in the gaps. There is less time spent on basics, and more time spent on understanding the characters, and relationships within a scene. We also spend more time breaking down the audition process and learn more about proper etiquette on set. In this class the scene work becomes more extensive as the requirement for line memorization increases and script context becomes more challenging.

If you have a ton of energy, some silliness and the desire to master your craft, this is the class for you! It is recommended that students have either had some experience in the performance arts or have taken “Dailies” before registering for “Beats”.

The Reels class is an intermediate level of study. The classes are more challenging and require a higher level of dedication. The content of scene work (while always age appropriate) becomes more mature and the level at which each student is to understand their scene is greater. We begin to really understand the “Key Method” which is an outline for young actors to begin developing a process for when they audition and have scene work. The students refine their auditioning technique and begin to really appreciate their craft at a higher level.

Students must have taken professional acting classes before taking “Reels” or have been registered in “Beats” prior. Homework extends beyond memorization of lines and includes prep work taught in class. This class is for those looking for a fun, but intensive class!

The “Young Adult” class is a great class for those that want to master their craft and be able to continuously train in film acting without the pressure of becoming union or getting parts. While the classes are challenging and demanding, the class itself is also welcoming and free of negativity. Critique is saved for integral acting technique only and is never directed at the student personally. We welcome young adults from all walks of life and different skill level. Each actor in the class works at their own level and masters their craft with individual attention from the Instructor. It is our goal to have a very close knit, trusting and positive group that helps one another reach new levels in their skills as an actor.

The curriculum is focused on heavy scene work and preparation for adult level classes. Each week our theory covers different acting methods and introduces various technique used in film acting. The goal here is for the student to learn and then embrace the method he or she most connects with for their craft. The class will offer an opportunity to tackle difficult scenes which often deal with sensitive or controversial material all within a safe and nurturing environment. The scenes chosen will often be selected from mainstream movies and will not be censored most of the time. This is to prepare actors for scene content for the Manitoba film industry. Students must be 13 years of age or older to register.

Imagine having the chance to recreate a famous fairy tale, but a modernized and edgier version! The Adaptations class is an advanced class for experienced actors to delve into the world of characterization, movement and film-making. The classes will focus on physical technique, mask work, and props. Here the excitement of the stage is brought to film. The Adaptations class is where the two worlds of film and theatre collide, providing students with a challenging, but invigorating platform to take their craft to the next level.

Students must have a high level of commitment and dedication to enrol in this course of study as they will be involved in a 20 week long filmmaking process from adapting a fairy tale to script, costume design and set creation. Classes will include guest lecturers and special workshops.

At Expressions, students explore the world of film by learning that acting is a true art form.

Every day in our classes, words on a page are suddenly transformed into vibrant, layered and captivating characters. This is done by injecting creativity into everything we do! We also delve into improvisation skills, confidence building exercises, and emotional work. As you can see, acting at Expressions extends far beyond just “performance” and “getting parts”. These are life skills that will empower our students throughout their careers, education and relationships. What’s wonderful though, is that the learned skills are masked by the incredible amounts of fun we have! We spend our time re-creating scenes from TV shows and movies, participating in improv games, creating our own characters, and producing, writing and acting in our final film project, which by the way, gets shown in a real theatre!

Be the first to review Expressions Film StudioReviewsWrite Review

U of Manitoba Bisons Tickets: Free admission for Youth ages 12 and under!
Offered by University of Manitoba Junior Bisons Sports Programs
Learn More