Let someone know about Big Rock Aikikai with any of these links: 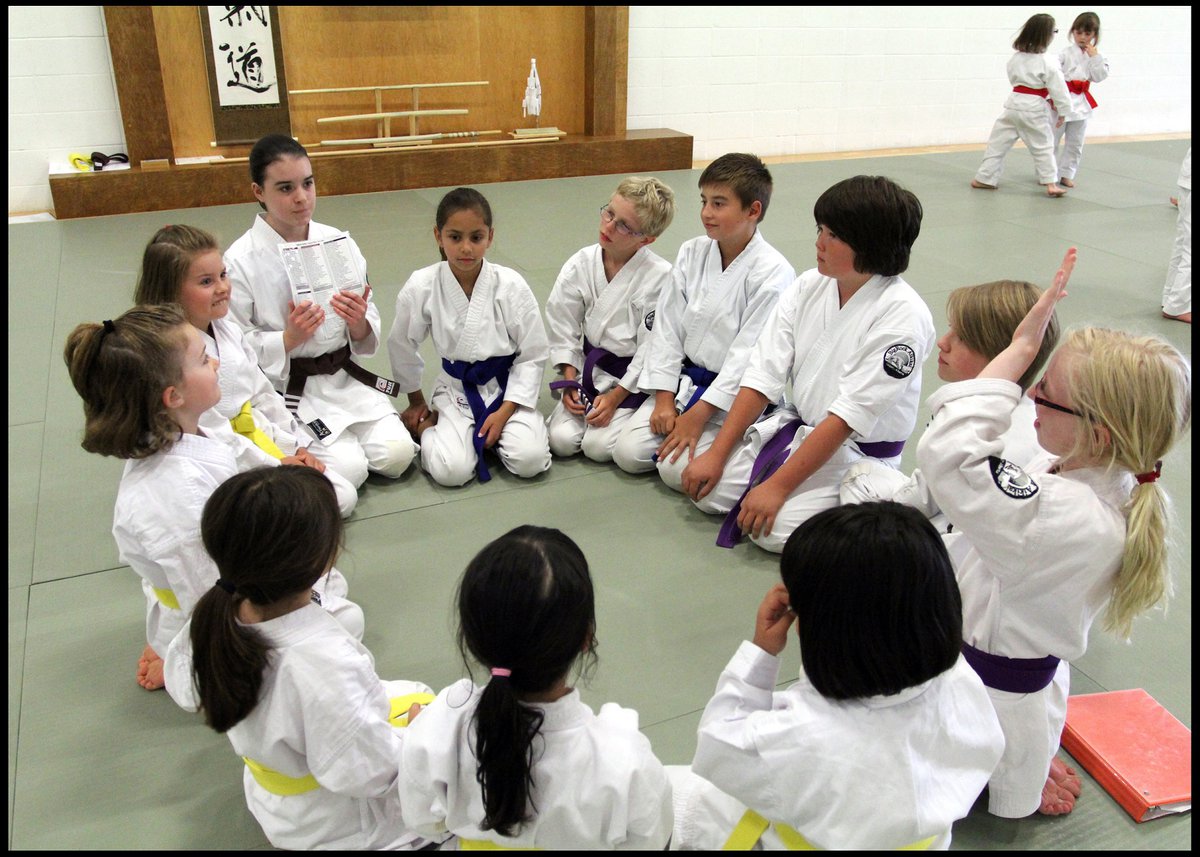 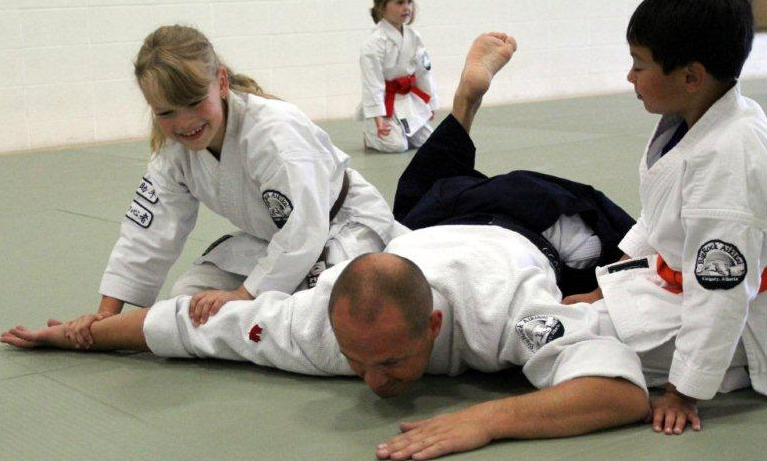 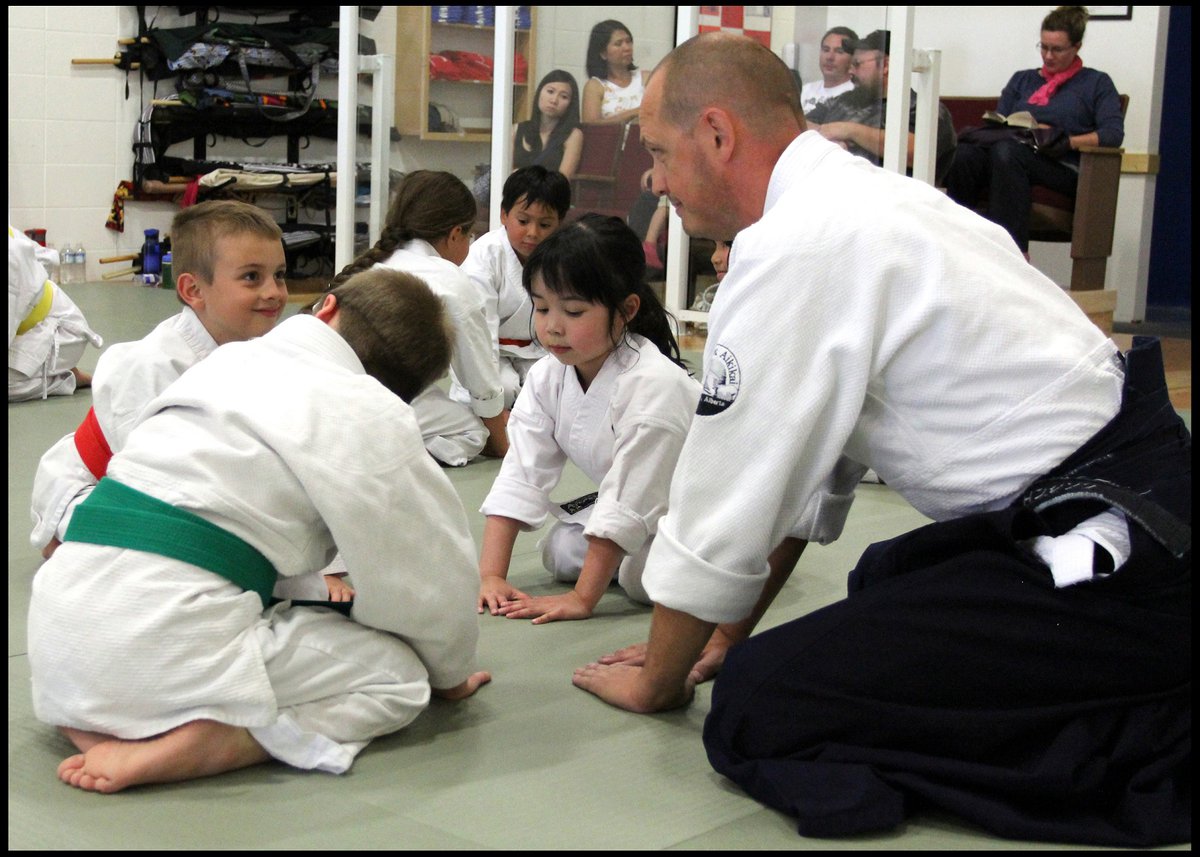 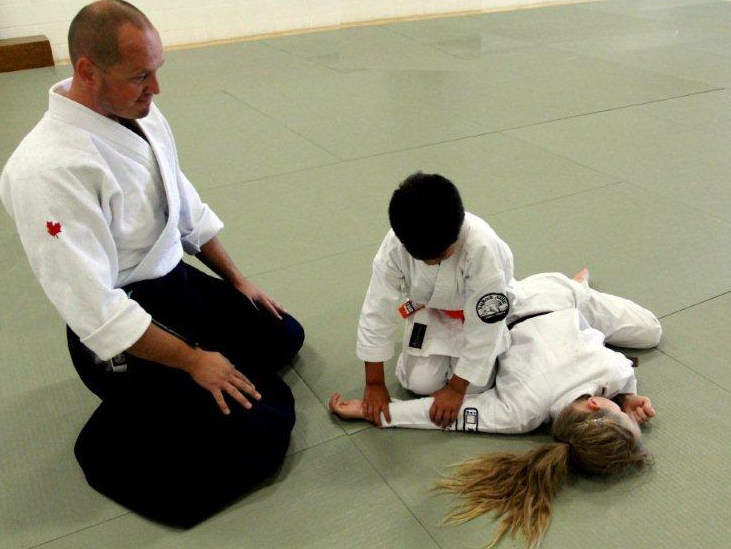 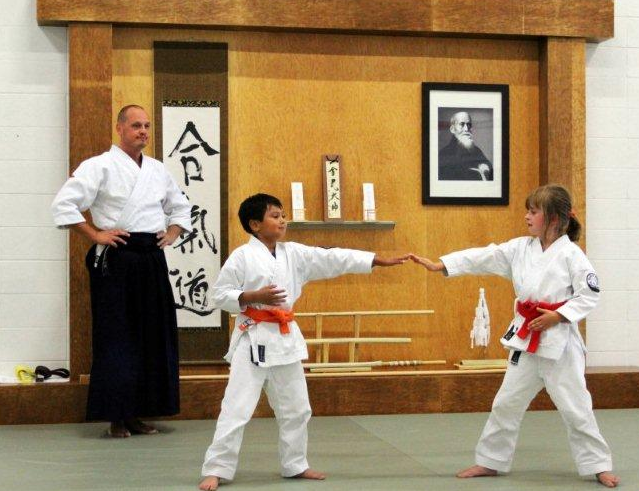 If you're looking for an exciting activity for your child over the summer, you've found it! BigRock Aikikai martial arts summer day camps are open to new and existing aikido students alike. Children will learn about martial arts history along with the goal of martial arts training and the ethics surrounding self-defense techniques. Daily lessons include martial arts classes, games and many other fascinating activities.

If you're looking for an exciting activity for your child over the summer, you've found it! BigRock Aikikai martial arts summer day camps are open to new and existing aikido students alike. Children will learn about martial arts history along with the goal of martial arts training and the ethics surrounding self-defense techniques. Daily lessons include martial arts classes, games and many other fascinating activities.

Martial arts summer day camps are offered for kids aged 5 to 12. Kids outside this age range will be considered on an individual basis. Camp activities will be divided into age groups to ensure a positive learning experience.

Aikido is a dynamic modern Japanese martial art, created in the 20th century and based on centuries of martial training. Aikido founder, Morihei Ueshiba, formulated a martial Way that merges effective technique with a mind set on peace. The power of an attack is controlled and redirected not confronted. The intent is not to destroy an attacker but rather to extinguish the violence.

BigRock Aikikai is a non-profit organization, incorporated in the province of Alberta. Our volunteer instructors have been committed to teaching traditional Aikido to all ages since 1998. We are led by chief instructor Steve Erickson, 5th Dan, who has trained in Aikido since 1985. BigRock Aikikai is a member of the Alberta Aikido Association, Canadian Aikido Federation and the Aikikai Foundation (World Headquarters) in Japan.

"Aikido is not an art to fight with enemies and defeat them. It is a way to lead all human beings to live in harmony with each other as though everyone were one family."

For more information about getting involved in our dojo organized volunteering, please contact our volunteer coordinator through our contact form by selecting "Volunteer Inquiries" as the subject.

The dojo recognizes, supports and encourages students under the age of 18 to be community-minded through the Youth Character Development Program (CDP). Students are directed first, to participate in positive activities. When this positive participation becomes second nature they have evolved into positive role models. Finally, students have become leaders when they can actively engage others toward positive participation. The CDP program is open to everyone. It’s not mandatory until students make an application for senior ranks (brown belt and higher).

Our family has been a part of BigRock Aikikai for almost 8 years, and we are very grateful for this experience. When I was first introduced to aikido by a friend, I knew that this fit well with my own personal beliefs. I wanted my son to gain the confidence and focus that martial arts can bring but did not want to be involved in a competitive aggressive environment. Aikido sounded perfect. I now have 2 sons in aikido, and I do the parent program twice a week. Our dojo is a place where we feel inspired, strong and also safe. Steve Sensei is an incredible instructor, who is always patient yet somehow still pushes the kids to achieve their best. BigRock Aikikai has far surpassed the expectations I had 8 years ago and I would highly recommend it to anyone considering martial arts training.

I knew Aikido was for me since the day I started; it's been something I've been incredibly passionate about. It's helped me to learn and grow as a person in all aspects. Aikido has strengthened my mind, body, and spirit throughout the time I've been practicing. Classes are both physically and mentally challenging. I always feel great after class knowing I've worked hard and learned something new. The Instructor Training Program has given me the chance to work with children and share my knowledge with others. The buki, or weapons program has improved my speed, accuracy and memory. The Character Development Program, which becomes mandatory for higher belts, has reminded me to help others and has given me the chance to volunteer within my community. Steve Sensei was very supportive when my ankle kept me from coming to class. He allowed me to modify how I was practicing so I could participate. His support kept me coming to class during my recovery and I want to thank him for that. He is a great teacher who has had a very positive impact on me. I've met so many amazing people during the time I've been at BigRock Aikikai. Joining gave me another family I didn't know I had.

As a parent, one of my greatest joys in life is watching my children take part in activities that they love. My wife and I tried a number of activities and extra-curricular sports for my son Erik, but there wasn't the passion in his eyes until we found the martial arts school, BigRock Aikikai. The quality of instruction, the camaraderie of the dojo, and the skill of both the sensei and his helpers is truly unique. I am not joking when I say that after EVERY class, Erik comes home and says, "Man, I love Aikido!" I'm so happy that we've found something he's so passionate about excelling at, and even more so that we found a place where that passion can be guided and grown. I would, without hesitation, recommend fully and highly BigRock Aikikai.

I began taking Aikido this year and have participated for some 5 months now. As an otherwise sedentary adult of 59 years of age, I have found Aikido to be gentle enough to allow me to fully participate, yet pushing me to improve stretching, and to focus on the basics. Sensei Steve has a excellent teaching style that encourages even these old bones to move in ways they haven't in years. I would encourage anyone to come and join us, no matter your age. It's never too late!

As a parent of three children who have participated in Aikido training with BigRock Aikikai since 2003, I can't express highly enough the positive impact that this program has had on our family. Sensei Steve Erickson has created a children's Aikido program that goes far beyond the realm of sport. While learning new skills, students are developing patience, focus, and gaining self esteem through leadership skills - even junior students assist others in learning new techniques. The Character Development Program (CDP), which Steve Sensei developed, positively encourages all participants to be involved in their home, school, and community, as well as at the dojo. Through personal initiatives, many of Steve Sensei's CDP students have made a difference, and have been honored in their communities for their contributions. I am equally impressed with the accessibility and inclusion for students with special needs within the BigRock Aikido children's programs.

Be the first to review Big Rock AikikaiReviewsWrite Review

Basketball and Volleyball programs for boys and girls ages 6-15.
Offered by Stryker Sports
Find Out More