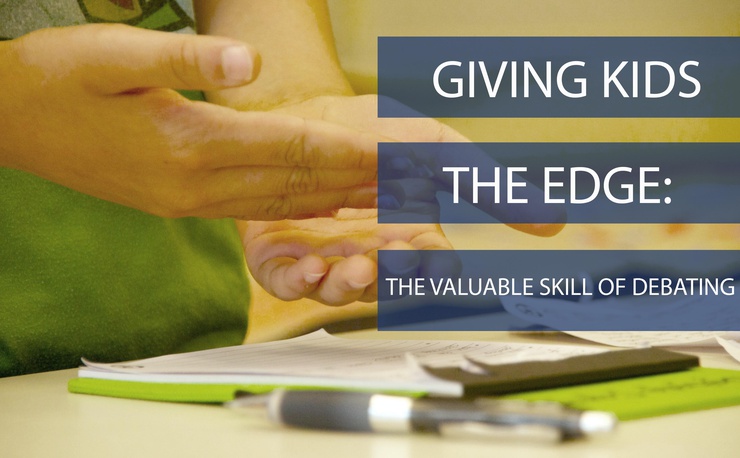 Giving Kids the Edge: The Valuable Skill of "Debating"

After 18 years of experience in the education system, debating is still one of the most effective ways for students apply their learning.

Have you ever asked your child after school, “What did you learn today?” and they reply with, “I don’t know.” In your mind you hope they are just saying “I don’t know” because they don’t feel like talking. But in reality, this “I don’t know” is real and much of what children learn at school is not being retained. Educational research of the last 10 years has advocated a set of declining percentages for just how much students remember from year to year.  The model is called the “Learning Pyramid” and it is widely accepted that students retain 5% of what they hear, 10% of what they read, 20% of what they see, and 30% of what they see demonstrated by another person.  The questions remains:  What about the other 70%?

As a teacher of 18 years, at some of Canada’s best independent schools and now completing my career as Academic Director, I still find myself stepping back from the school day and questioning “where is the learning here?” How can teaching professionals make learning meaningful and have what children learn “stick”?  In many cases, students default to the age-old habits of hard work and well-developed study tools. The ultimate goal for most students in Canada is admission to a good university and hopefully the sound preparation for a successful career.  Education systems are built to facilitate this journey and inside the schools, teachers aim to keep the learning meaningful and rigourous.

But does this always work?

Good teachers generally check their classes, for understanding and retention, often with tests or exams. We assume, that as students advance successfully to the next level, they have learned something.  But what if we are wrong?

Feedback from the universities themselves asks the same question.  We, at the secondary school level, track our graduates as far as second and third year university – to ensure we are doing our job well.  A common lament among the universities we poll is that a number of undergraduates lack a true foundation. In sum, there is a feeling in the universities that many students have advanced by figuring out how to earn good marks, but when truly tested in either the university seminar group, tutorial, or when the level of their analytical skills are put to the test in writing, students are falling short.

I believe Canada’s best teachers are constantly striving to ensure they do not produce graduates who have mimicked knowledge and “played the system” for marks, but who have actually “learned” and / or knowledgeable. The answer is not in harder exams, but in the design of a learning experience that demands students to apply their knowledge; to engage their learning at several points in the school day – not simply at the end of a term.

In Ancient Greek times this used to be in the form of a Socratic dialogue, where students at the Academy would be questioned constantly in a kind of academic sparring with the teacher – this was seen to sharpen the students’ minds. This ancient method of learning still appears in the modern classroom in such forms as the inquiry approach or Harkness table discussion / dialogue.

But after 18 years in the system and seeing my graduates in most cases, thrive in university, I remain convinced that one of the most rigourous and exciting ways to have students apply their learning is debating. To bring traditional debate into the lives of young people stands to provide an intensified learning experience – one kids always remember - - and here’s why:

Debating asks student to take a side – whether they believe in it or not.  Immediately, they need to suspend their subjective worldview and learn to construct a case or argument in favour (or against) a topic. They need to access their learning - - with purpose. They have to learn how to organize and prioritize information, align it with a greater point, and ultimately make their learning make sense to an audience.

Perhaps best of all, debating honours knowledge itself because it is a 2 way street:  Too often in education, students are acquiring knowledge and then putting it back on the page. In debating, students must not only present their side, but they must listen effectively to their opponent’s points. This honours the true aspect of knowledge itself - - that the further we develop an understanding of something, the deeper we probe the depths of an argument by accessing all of it’s possible sides, the closer we get to real knowledge - - something philosophers call “the truth” of a subject.  In real educational forums, it is clear this level of learning is not achieved easily, and not achieved by simply taking in knowledge from one source.  Debating engages students, right from the beginning, asking them to delve into the opposing views and honour what is being said by countering it well.  A sharpening of the mind indeed…

From Ancient Greek times till today, debating stands to be among the richest, most rewarding intellectual exercises young people can participate in. The universities also recognize it, with accomplished high school debaters being among the most sought after by leading universities - - largely because they have stood out against their peers in the university setting demonstrating their educational foundation is well-built.  Moreover, as I stand inside schools and listen to my students, I remain convinced that debating, is one of those activities that guarantees learning is happening, and happening well.

According to the Learning Pyramid, students retain 50% of what they learn if they can engage it in discussion, 75% of it if they can practice in some form and 90% if given the opportunity to teach it to others!  So next time you pick your child up from school, and ask that very general question “what did you learn today? – don’t take “nothing” for an answer.  Ask instead; “Any interesting conversations today?”  See what they say – and then follow with, “So what do YOU think about that”  Prepare for an opposing view - - and then enjoy the debate!  Ultimately, you are setting up a forum for your young learner to teach you! Believe it or not, you are helping the learning “stick” and perhaps even become more meaningful along the way.

Nick Szymanis is the founder and lead director of Debate Camp Canada.  Debate camps are offered in Victoria, Calgary, Ottawa, Halifax, and Seattle.

Tagged In Education and Academics 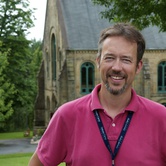 By Nick Szymanis
Read more about the author
Share This Article!

Two of my sons loved debate. They started in junior high and continued on through college which was paid for by debate scholarships! They are both very analytical and intelligent and I believe a large part of this is due to their debate experience. I totally agree with you that this program is a great one to get kids involved in. One more point - debate also gave them a group, a sense of belonging, and fun, like minded friends. Essential in the high school years.

But I'd still like the idea of Finland's new restructured educational system which is up-to-date. Good read: http://www.independent.co.uk/news/world/europe/...