Martial arts are a great way to build a child's self-confidence and discipline, while staying active. But which school is the most ideal for your child? Here are some of our favourites: Aikido is a dynamic modern Japanese martial art, created in the 20th century and based on centuries of martial training.  The intent is not to destroy an attacker but rather to extinguish the violence.

Big Rock Aikikai is a non-profit organization, incorporated in the province of Alberta.  Volunteer instructors have been committed to teaching traditional Aikido to all ages since 1998.

For the children's classes Students under the age of 18 advance through a colored belt ranking system ranging from yellow belt through black belt, and a written test accompanies the technical requirements for each level.

BigRock Aikikai is a member of the Alberta Aikido Association, Canadian Aikido Federation and the Aikikai Foundation (World Headquarters) in Japan. Muay thai is also known as thai boxing. Mike Miles is the oldest and longest running muay thai gym in the Calgary area.

All instructors are ring experienced along with world champions.

Lessons are taught in a safe fun atmosphere with students being any where from 5 years of age up to 65 years young. The Calgary Ki Society has been actively teaching Ki and Aikido in the Calgary area since 1974 and is internationally affiliated with the Shinshin Toitsu Aikidokai.

Programs in Aikido and Ki training are offered for students aged 4 and on into adulthood.


Emphasis is on Ki (Universal Energy) principles and the coordination of mind and body both inside and outside the dojo, as training is meant to be integrated into a person's daily life.

School aged children enjoy the physical aspects of the art that teach cooperation and etiquette by using age appropriate exercises. These exercises enhance physical well being and positive use of the mind. These tangible benefits will naturally spill over into other activities such as success in schoolwork, family and sports.

Being able to calm one's mind, having a positive attitude and performing with confidence are important lessons that the Calgary Ki Society instills in all its students. These skills become increasing important as children move in to adulthood; everyday life challenges can be met with a positive and bright spirit. The Body Center is a refreshing new studio offering empowering martial arts to children as young as 5 years old and to adults of all ages!

They offer Karate classes in a variety of styles, and are therefore your one stop shop for the whole family. Summit Martial Arts opened its doors in May 2014, and is Calgary's only Moo Duk Kwan Tae Kwon Do School, and home to the 2014 TAFISA World Martial Arts Games Champions in Bo Staff, Korean Forms and Sparring.

Classes are offered for students aged 5 through to adult, from beginner to black belt.

Classes are taught in a positive and fun environment where students will want to learn. Children's classes strive to teach kids both physical skills and life lessons.

Students will be expected to uphold the tenets of Tae Kwon Do: Courtesy, Integrity, Perseverance, Self Control and Indomitable spirit both inside and outside the dojang. Students will learn from a world class instructor. Master Morris shows his passion and dedication to the art of tae kwon do in every class. If you are looking for a school that is about more than kicking and punching, Summit Martial Arts is the place to be! Lightning Family Martial Arts is an family based martial arts club that has been in operation in Calgary since 1998.

The club was originally founded under Mr. Christopher Howes, 6th Degree Black Belt. It wasn't long afterwards that Mr. Howes was joined by his star pupil and wife Mrs. Sonya Howes, 5th Degree Black Belt and together they have built one of the most well known traditional Taekwon-Do schools in Canada, with members of all ages both male and female.

Tagged In Best In The City Awards 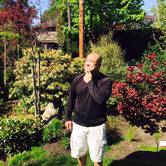 By Howard Wu
Read more about the author
Share This Article!

Howard, I'm wondering how you choose these particular organizations as being the 2014 top organizations. Was their a specific criteria you used? Just curious. Why are these your 'favorites'? 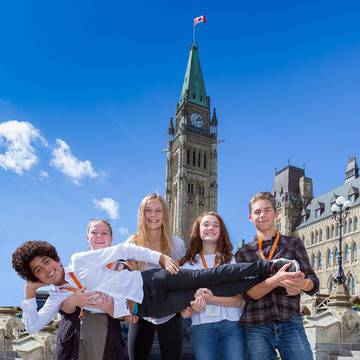 Top Summer Camps in Calgary 2020
Ready to find a summer camp for your child? Welcome to your one-stop place to find the ...

February Guide: Events and Activities in Calgary
Check out our guide to all the best events and fun family friendly activities happening...

Top Indoor Play Centres in Calgary
Are you looking for a fun indoor place to bring your kids? Look no further than these ...

January Guide: Events and Activities in Calgary
Check out our guide to all the best events and fun family-friendly activities here in C...

Top Dance Classes for Kids in Calgary
So many dance lessons are available in the area, but which one should we choose? Balle...
See All Articles

Join 65,000+ parents and get the inside scoop on how to rock at parenting.
UPCOMING EVENTS
CAMPS & KIDS PROGRAMS
Calgary INSIDER GUIDES
SPECIAL OFFERS
No thanks, I already know everything going on in Calgary