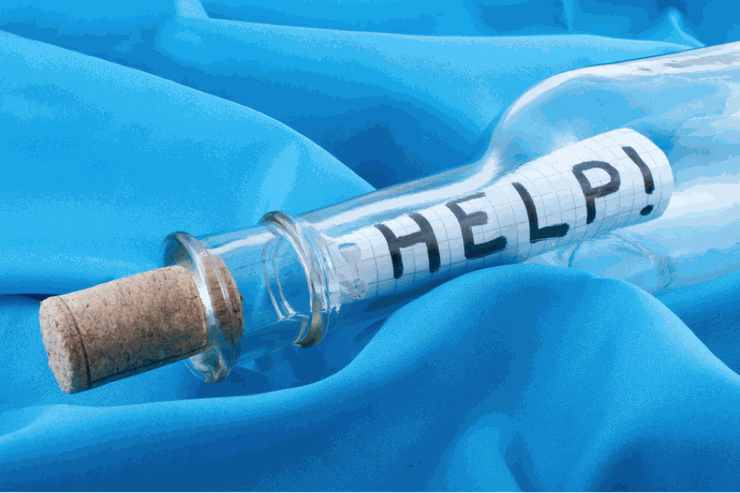 When the Baby Blues turn a Darker Shade

It didn’t hit me until after my second son was born. My first had been an emergency c-section. Three weeks early, I had been diagnosed with placenta previa and began hemorrhaging at home. Rushed to hospital in an ambulance, having lost so much blood a transfusion was becoming likely.

The first responders were unable to tell me if my baby was ok, so until I reached the hospital and heard his heartbeat on the monitor I was beyond panicked.  I thought I was having a heart attack in the ambulance.  I now realize that was the first of many panic attacks to come.   Luckily all ended well and we left the hospital days later, after a short stay in the NICU and many tests we had a healthy, beautiful baby boy. We took him by the firehall to visit as soon as we were home, to thank them for all they did for us that day.  They told me they were very concerned, that it was looking very bad for both me and my baby.   Now, every year on my son’s birthday, we take take treats to the firehall down the street - the ones who came to our aid that day.

The days that ensued were long and difficult.  He was a colicky baby who needed to be held 24/7 in order to stop the endless screaming.  Rough, to say the least. So that’s a bit of background on my first son.  The birth of my second was much less dramatic.

With a scheduled c-section, I walked into the hospital on April 18th, 2008 and announced I was there to have a baby, much like you would confirm a reservation at a restaurant.  Surreal.  Things went just as planned and my healthy, much more robust (over 9 pounds!) second son was born.  The recovery from his c-section was a breeze compared to my first.  I was up and walking around within hours!  No painkillers, no excessive swelling this time (after being pumped so full of saline from loss of blood with the first, I resembled the Michelin Man from tire commercials!) and my baby was by my side as soon as I was wheeled into my room.   And from there, my life took a rather dramatic turn.  More than just the obvious changes that come with motherhood.

My sons are only 21 months apart.  Not planned that way, but that is the way it happened and despite the insanity that ensued I wouldn’t change a thing.  To quote a rather famous saying “It was the best of times, it was the worst of times”.   I noticed some changes in myself almost immediately.  Breast feeding was not going easy.  I was having excruciating pain every single time baby latched on, something I didn’t notice with my first.  Turned out to be mastitis (a very painful infection, for those who are lucky enough to have never experienced it).  I ignored it for too long, and ended up in emergency with a fever so high I was hallucinating.  Oral antibiotics weren’t working for me, so I had a port stuck in my arm and ordered to trek back and forth to hospital twice a day for ten days to be hooked up to an IV.  I am telling you all of this because it all was weighing on my fragile-new-mommy-for-a-second-time brain.

I remember one morning I looked in the mirror and I didn’t even recognize myself.  I hadn’t showered in three or four days, I had no sleep to speak of and I was a plump, frizzy mess.  My husband is a firefighter. He was thankfully able to take a little time off at the beginning.  But eventually, he had to go back to work.  The thought of that sent me into a panic.   I had several extreme panic attacks in the days to come, thankfully I had the support of a wonderful neighbour and friend who came to my rescue and took over in the moments I had to get outside in order to feel like I could breathe.

Then one night, after many hours of the same puking, screaming, crying, mentally exhausting duties of motherhood, I fell apart on the kitchen floor.  I called my husband at work.  I told him I couldn’t do this, I wasn’t cut out for this, I was going to leave.  I felt like I was suffocating.  He talked to his Captain at work and he was heading home.  I’m sure I don’t have to tell you this, but firemen don’t usually get to leave in the middle of a shift.  This was serious.

My husband arrived to find me still on the kitchen floor, curled up in a ball.  I couldn’t move.  I felt like I was dead inside.  I loved my babies, I couldn’t imagine life without them.  But I was unable to pick myself up and pretend I was happy.   I was a strong person.  Always have been.  WHY could I not handle this?  What was wrong with me?  I didn’t have a lot of emotional support from my family.  Mostly criticism and condemnation.  “How can everyone else do this and you can’t?” I was asked.  Thank goodness for my husband and great friends, who would do anything in the world to help me.  But even with all of that, I just couldn’t bring myself out of the dark place in which I was now living.

I saw my family doctor shortly after that, and was prescribed an anti-anxiety medication which ultimately kept me rather stoned.  I had a hard time with that as well, wondering why I needed medication.  I was strong.  Why do I need this?  I should be able to do this on my own!  I finally relented.  I was successfully convinced by my doctor that sometimes, with a chemical imbalance in your body brought on by hormones in pregnancy and the subsequent postpartum issues, you may be fighting a losing battle without medical intervention.  We decided after a couple of weeks of fogginess to try another.  That one stuck.  I began to see changes.  My husband began to see changes.  I was starting on the road to getting “me” back.

Don’t get me wrong, I had a long road ahead of me.  Many instances of “talking myself out of it” when I felt panic creeping in.  I was very open with my close friends and my husband.  I let them know when I felt overwhelmed and in need of help.  I told them about my thoughts of running away.  I had a public health nurse who came for the home visits after my second son, someone who I now consider a wonderful friend.  Six years later, we are still close.  She quite possibly saved my life, in helping me to regain my positive mental attitude.

I still had kids puking on me, endless crying and many sleepless nights (ps:  they’re 8 and 6 and that sometimes STILL happens, I’m not gonna lie!).  The difference is I now have faith in myself that I can handle anything that comes my way.  I’m a mom.  I got this.

**Please know you are NOT alone.  Reach out.  Ask for help.  And most importantly, be OPEN with those around you – friends, family, doctors.  Let them know.  In doing that, you can get through this.  You WILL get through this.  And you will shine.** 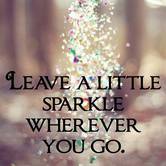 By Kim
Read more about the author
Share This Article!

It sounds like you have been through a difficult journey, but I'm thankful you have come through it on the other side. The hardest part is confiding in those who support you. It's difficult to step away from your kids that need you--when you just need time for yourself. Best wishes in caring for your family. It sounds like you're doing better, which is fabulous!