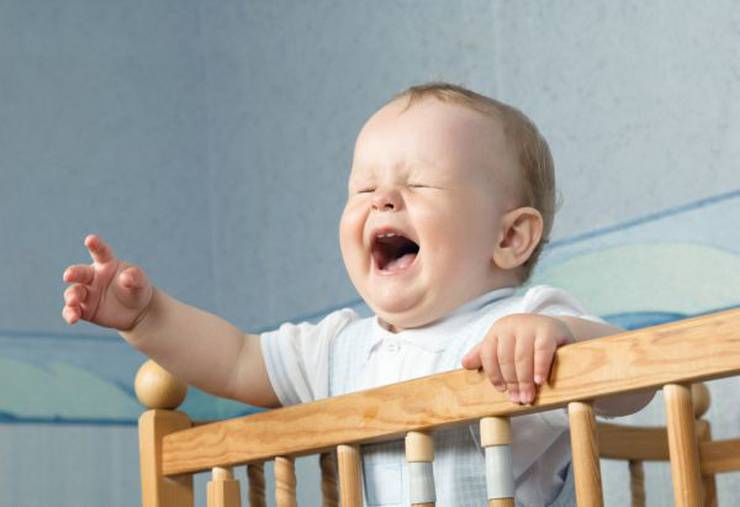 Self-Soothing Gets a Bad Rap These Days

Self soothing doesn't mean letting your child wail at the top of his lungs for hours. Self-soothing gets a bad rap. There has to be a middle ground between attachment parenting and Feber sleep training. Crying is a baby's way of communicating.

Self-soothing gets a bad rap these days.  I read an article recently, 'What Really Happens When You Teach A Baby To Self Soothe To Sleep'.  It made me feel awful, as though I somehow damaged my child by allowing her to self sooth.  In fact, for an entire week after I read this article, I would obsessively watch the video monitor and sneak back into my daughter’s room just to make sure she wasn't sitting silently in the dark in “shutdown mode” as the article suggests,

The article got me thinking that there is such an extreme discrepancy these days when it comes to babies and crying.  On one camp, there are the extreme attachment parents who believe that any amount of crying will traumatize a child (One woman who I was a nanny for said she didn't know how to spray hydra sense in her daughter’s nose without it being emotionally damaging to her.)  On the other camp are the extreme ‘Ferber’ followers who let their babies cry for hours.  I mean there has to be something in the middle right?  Something somewhere between letting your kid cry it out for hours and jumping at any little squawk.

Crying is communicating in a baby’s world.   I don't think you should let a newborn wail without soothing or feeding but I do think it's ok to let a 6 month old baby have a five minute cry.

I think self-soothing evolves as our child ages.  I started with a two minute maximum which evolved to a 10 minute maximum.  Now, 17 months later, I use the type of cry to assess when to intervene. In the middle of the night if my daughter wails at the top of her lungs, I'm there in a second. If she sounds like she's moaning a little or crying softly for a few minutes,  I often leave her.  Sure, if she cries softly for 10-20 minutes then I go in for a cuddle.

My point is, depending on the situation, I'm no longer at a ten minute maximum when it comes to letting my daughter self-soothe.

For a week my daughter fought her afternoon nap and I started thinking maybe she’s done with 2 naps.  As the weeks went by and I suffered through a few weeks of constant emotional meltdowns, it was clear she wasn’t.  In order to get her back on two naps we basically had to duel over the second nap everyday.  I’d put her down and she’d wail for 5 minutes and then she’s wine a little and cry a little on and off.  Once, I left her to cry for 40 minutes and felt awful.  I went in to get her, feeling lie the worst parent ever, only to discover she that didn’t have a single wet mark on her face.  No tear, nada.  So the next time, I left her for 45 minutes and then she fell asleep.   This went on for a few days and then we were back in business for two naps.  She was 14 months. I would never have dreamed of letting a baby fuss for that long at 1 month, 6 months, or even 12 months, but my trust in what she was telling me when she was crying evolved as did my willingness to leave her longer.

Self-soothing isn't awful.  It doesn't mean letting your kid cry it out for hours.  I think of sleeping as a skill we teach our kids and I don’t see a way to do this without a little self-soothing. 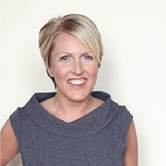 By Dawn Whittaker
Read more about the author
Share This Article!

Reply to this discussion

When I had my first baby I was clueless about things like this. He was kind of colicky and I’d rush to pick him up every time he squeaked, needless to say I did little else but soothe this child. As he got older I realized I couldn’t keep this up and suspected I was spoiling him, so I let him cry once in awhile. Imagine my surprise when he'd cry for five minutes and go to sleep. After that I did as you suggested and listened to the type of crying that was going on. Something wrong cry – diaper pin sticking me (this was many years ago), hungry, can’t find my binky etc. I responded. Grouchy, tired, talking to self, I’d keep an ear out but let it go. Life was much better for both of us.
The big problem came when I tried to get him to sleep through the night. At six months I felt like with a good dose of rice cereal at bedtime he should be able to skip the 1:00 A.M. visit with mom. The first night I let him cry for a half an hour before I finally gave in. Unfortunately I lived in a duplex, and the next morning my bleary eyed neighbor knocked on my door and asked if anything was wrong since they’d heard the baby cry for so long in the night. I felt like the worst mother ever. Anyway, he’s 35 now so we finally got the sleeping thing worked out, but to make a long story short, yes I agree with self soothing. Kids have got to learn that sooner or later and there's nothing wrong with it within reason.

Yes! It can be challenging to find the right balance, but I agree that there's nothing inherently wrong with self-soothing.

I've heard many of the "self-soothing" arguments as well. I try to fall somewhere in the middle, like you said. I've learned what cry means, "I'm just whining and will fall asleep in a few minutes," and which one means, "I'm going to scream until I throw up so you might as well come get me now." My son is 16 months old now. I feel like he still needs his two naps a day, but he's really been fighting the second nap lately!