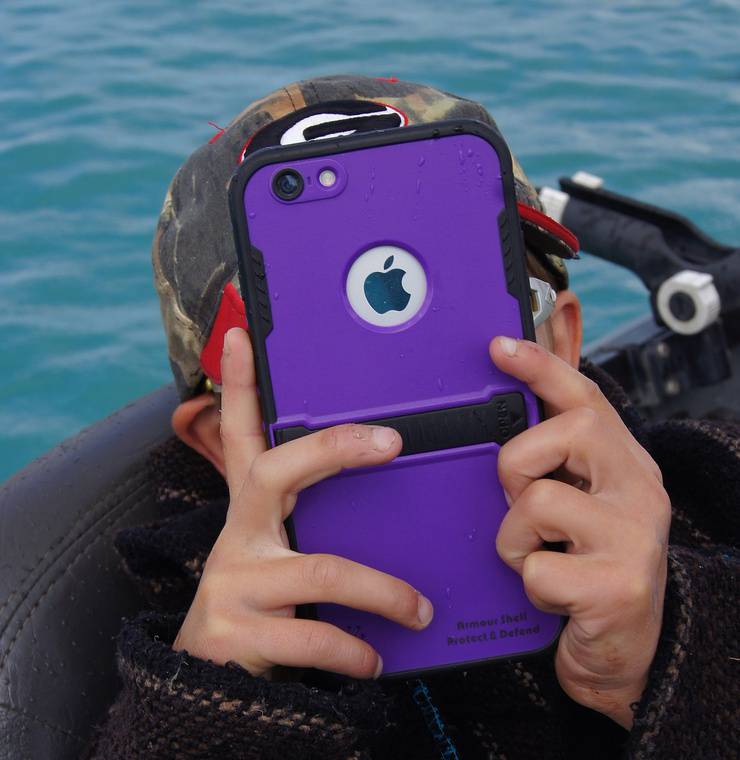 Does My Child Have a Video Game Addiction?

Video games can be a healthy form of exercise for the brain. Depending on the game your child plays, it can teach them problem-solving, critical thinking, teamwork, communication skills, strategy, and a whole lot of other skills. But like anything, video games require balance.

Video games can be a healthy form of exercise for the brain. Depending on the game your child plays, it can teach them problem-solving, critical thinking, teamwork, communication skills, strategy, and a whole lot of other skills. But like anything, video games require balance. A balance that requires self-control and discipline, values that children aren't particularly fond of. If left unmanaged, prolonged exposure to video games can lead to addiction. Here's how you can spot if your child is a healthy gamer or a video game addict:

In Front of Screens All Day

Your child may have an addiction to video games if he/she is spending the majority of the day in front of a computer, smartphone, or computer screen. Track how many hours per day your kid uses his/her devices. If you notice an upward increasing trend in hours of daily usage, this should be a red flag. Solution? Limit their time with these devices. Have a schedule set up that regulates when and for how long they can use their iPhone or laptop.

Children confined to their rooms all day fail to develop any meaningful interactions with peers. Even if they do speak with people online, the interactions are usually vague and mentally unstimulating. You may find your child unable to sit down at the table to eat with his/her family as they itch to get back to their video game. They no longer go outside to play with neighbors and they make excuses to stay indoors when the family has an outdoor picnic or visit to the local mall. If they do decide to talk with you, it's usually about the games they're playing.

Similar to someone addicted to alcohol or substances, people who get addicted to video games lose control of their day-to-day routine. They develop unhealthy habits including staying up late at night, barely eating anything as they hurry back to their video game, and avoiding showers and basic grooming practices. If you find that your children are not practicing an adequate self-care regimen, it's time to figure out how to break a child's video game addiction by consulting therapists who specialize in these cases.

Gets Defensive or Aggressive

Children, like adults, don't like to be told about something they are doing wrong. When you tell your child that he/she has been playing video games incessantly and they get defensive, that's a behavioral red flag that should tell you there is something that needs to be corrected. Another behavioral sign of video game addiction is aggression. When your kid gets easily angered or explodes in a fit of rage when you have them stop or even just pause their video game, it's another sign that your kid may be suffering from video game addiction.

Engrossed in their smartphone and computer screens for 2-8 hours a day, children who are addicted to video games are unable to expand their skills or knowledge. They withdraw themselves from any extracurricular activities at school or any side projects on their downtime. This eventually bleeds through their performance at school. In fact, according to a study involving kids aged 10 to 19, those who routinely played video games spent 30 percent less time studying academic subjects.

Video games are addicting for several reasons - one of which is they allow people to detach themselves emotionally from the real world. Video games allow children to express themselves and while that can be positive at times, it can also lead to developing negative behaviors including mood swings and depression. When people are behind a screen, they can act irresponsibly as they don't fear any repercussions to what they say or do. Prolonged exposure to this kind of negative community can lead to mental health issues over time.

Video games are fun and definitely have their place in society. But moderation is key to enjoying them, especially for children who lack the discipline and control to integrate it responsibly into their lifestyle. As a parent, it falls under your responsibility to make sure your kids continue to enjoy the positive cognitive effects of video games while still having the balance to grow other aspects of his/her life.

Tagged In Parenting
By Tarah Mills
Read more about the author
Share This Article!