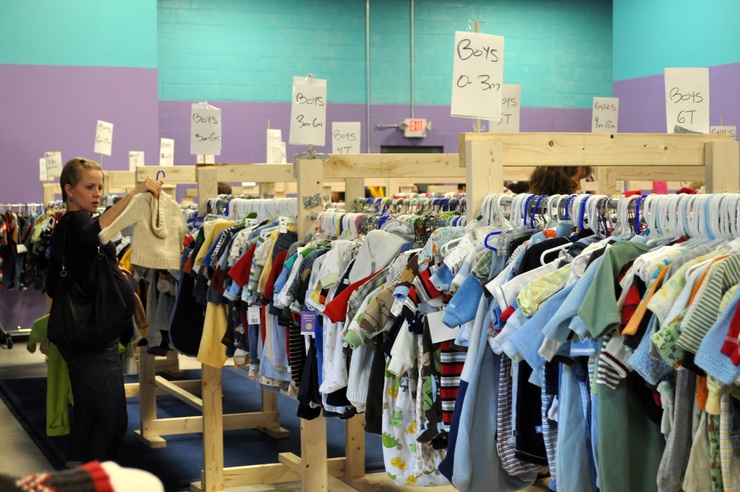 A Full Year Of Buying Nothing New

Last Fall, as my husband lamented about the amount of toys we have in the house, he braced himself for my usual response.

Being the self-proclaimed “Toy Mediator” of the family, I typically talk him off the ledge (the ledge being where he sweeps the house with a massive garbage bag and drops off every single one of the kids’ toys at Goodwill) and convince him that the solution is not having less but simply having better organization.

But this day was different. This day, as he went on his usual tirade, I started to agree with him.

Why the sudden change of heart? Simple. I had just spent the last few weeks watching our twins devour the dozens of toys they received from their birthday and I was sick to my stomach about it. From one toy to the next, they annihilated every LEGO set, Pokemon deck, and Bakugan package as if they were impoverished children waiting in line for their only meal of the week. And the horror didn’t seem to stop there. As they filled up on all these new things, their general behavior took a turn for the worse. Whereas they used to ask for something new and then leave it alone when I said no, they had now started whining and insisting. What had happened to my appreciative and well-behaved little boys? Who were these greedy monsters?

I couldn’t help but connect the dots. The post-birthday gluttony was feeding something deep down — something I did not like being fed. It seemed as if the more they received, the more they wanted. And with every new present that arrived from well-intended friends and family, the ugliness of greed stole another sliver of my darling children.

So as my husband expressed his discontent with the toy clutter building up in our home, I stopped fighting him and just listened. I did what I should have done months ago and stopped trying to mediate on behalf of the children and instead, agreed to partner with him in finding a better solution than just color-coded totes and labeled bins. With no threats of Goodwill drop-offs in sight, we were able to talk calmly and rationally about healthy expectations for the kids. The brainstorm session soon led us to discuss healthy expectations for us, as adults, and as we talked through the notion of our boys living with less, we couldn’t help but think: how can we demand our kids to purge their belongings if we’re not willing to set the example first?

The deeper we dove into the issue, the more we started to see that the boys weren’t the only ones feeling like their current possessions were no longer good enough. It only takes one walk through the mall for the onslaught of this season’s colors and styles to remind me that my current wardrobe is outdated. And every time my husband sees the sleek iPad Mini, he hears himself thinking that our first-gen iPad is clunky and inferior. No, the boys were not the only ones who needed an intervention — we all did.

And so it began. We purged, we downsized, we donated. I came to terms with the fact that no one really “needs” four black scarves and that it’s completely unnecessary to have two sets of measuring cups. As I went from room to room, filling box after box of belongings we rarely use (or never use at all!), I could feel the change start to happen. The obvious being that our house seemed cleaner and our lives less chaotic. But there was something even deeper taking place. My shoulders felt lighter and my priorities were shifting. The more we shed, the more we realized what a waste it had been to buy all these things in the first place. All of these acquisitions, no matter how “justified” they had been, had left a wake of environmental destruction but perhaps even worse than that, we had suffered personal destruction as well. The desire for more stuff leads us to feelings of consumerism, greed, and discontent and that very consumerism, greed, and discontent then leads us to a deeper desire for more stuff! It’s a vicious cycle that few of us can seem to break away from.

And yet the more our family purged, the more the break began to happen. The more we gave away, the clearer our heads became. We began to see our “needs” and “wants” in a much different light.

A home that keeps us safe? Need. An expansive home filled with all the latest gadgets? Want.

Clothing to keep us warm? Need. Clothing to make us look like we stepped out of a J.Crew catalog? Want.

As the old adage goes, “desperate times call for desperate measures”. This newfound self-reflection combined with the positive results of our purging had us thinking it was time for something a little more desperate.

And just like that, our new years resolution was born: This year, our family of four will buy nothing new. No new clothes, no new shoes, no new books, no new home decor, no new toys...nothing. Everything we want or need will have to be handmade or secondhand. The only exceptions being: consumable supplies (um...toilet paper?!); homeschool curriculum (if I can’t find it secondhand); and undergarments or safety concerns.

In just a few weeks, we had already saved over $400. I waited patiently to find a used food dehydrator to improve my homemade granola recipe and scored one for five bucks. We started buying our consumable supplies online and avoided the store’s constant distractions of things we don’t really need. I went to a yard sale and left with a massive bag full of nearly-new designer clothing in the boys next size — for fifty cents a piece!

But saving money isn’t our primary reward. No, the best thing about this first month has been seeing the claws of consumerism slowly losing their grip on us. Better yet, watching us make sacrifices had the kids soon realize that this was actually happening, whether they liked it or not, and they simply stopped asking for things! They started asking about poverty with a newfound interest and curiosity. Coincidence? I think not.

Be it for financial gain, to fight the currents of consumerism, to have a cleaner house, or to be kinder to the environment, there are a myriad of worthy reasons for buying less stuff. For our family, we’re hoping this year will help us to develop more patience, learn how to be creative in fixing what we already own, and to stop and ask ourselves if we really need that thing we’re so focused on right this moment. Instead of simply driving down to the big box store as soon as our lives show the tiniest speck of need, we are forcing ourselves to evaluate every seemingly justified purchase. The hundreds of dollars we’ve already saved? That’s just the icing on the homemade cake! 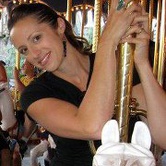 That is awesome advice, Natasha! Thanks for sharing your story for us! :)