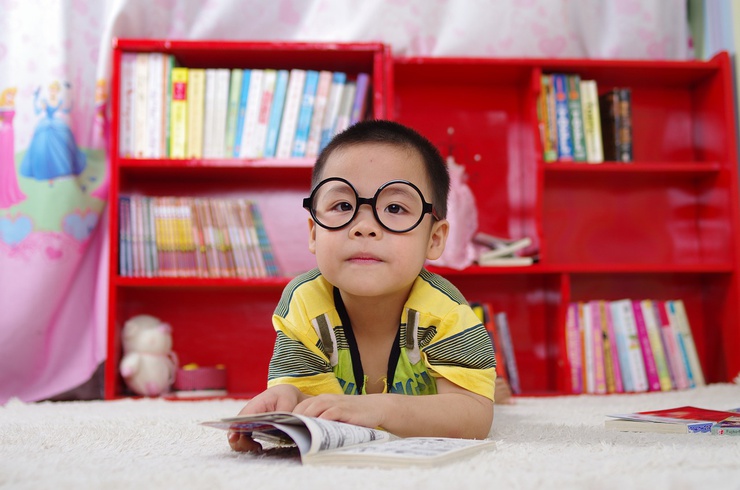 How to Teach Your Child to Write Without Mistakes

The purpose of this article is to share a few tricks on how to make your child a real pen wizard. I believe any child can master English grammar if the learning process is fun and exciting!

The ability to write correctly is a very important for communication and business. From an early age, children begin to get acquainted with English through the alphabet and books on grammar. Teachers and parents try to teach kids to write correctly; however, for some, grammar education turns out to be a real challenge.

In this paper, I’m going to share a few tricks on how to make your child a real pen wizard. I believe any child can master English grammar. The key is to find a proper, individual approach in order to understand the reasons for illiteracy. Moreover, the process of learning can be fun and exciting!

The Power of the First Impression

Do you know what imprinting is? In plain words, it’s the ability to memorize what you’ve seen for the first time. For example, newborn ducklings believe their mother is the first moving object that hits their eyes.

This applies to children as well. Retrain is very problematic as the first imprinting is the most powerful. By the way, it’s not by chance that many teachers are reluctant to teach reading to the child who has learned to read on his own, relying only on the personal experience or a new "exclusive" technique. It’s much easier to master grammar from scratch than to correct mistakes.

However, it’s not all that bad. Having learned some tricks, you can achieve a significant breakthrough in reading and writing.

The first trick that will help your child to write better is to read words letter-by-letter, just as they are written. Although reading this way may seem a little strange, it will allow you to kill two birds with one stone:

The second trick is to teach the child to rewrite the text with his tongue clamped between his teeth. This is especially effective for those children who do not have a good visual memory. Why is it necessary?

Some people, especially children, are simply unable to correctly rewrite the text. These so-called audials are accustomed to writing what they hear. Another type of people are kinesthetic. They rely on feelings, so they can easily misspell the letters during the pronunciation while the tongue rests in the same place.

But if a child clamps his tongue between his teeth, he won’t be able to pronounce the words to himself and will be forced to switch to visual perception. Of course, it won’t happen immediately – miracles happen only in fairy tales – at first, he will make mistakes. But with time, when checking the rewritten text with a free tongue, he will become a more and more competent writer.

The third trick is to use a simple flashlight to focus the attention of the little reader. When we teach the child to read, we ask him: "Read here and here," pointing to the line. But the child often does not understand what he has to read – a syllable or a word.

A flashlight is a simple but amazingly effective tool to manage the child's attention. As you know, literacy and attentiveness are inextricably linked. Having accustomed him to the "illuminated" reading, the child will improve grammar skills and visual perception of the text.

The fourth trick is reading backwards. Do you know why a lot of people make mistakes at the endings of words? Because the human eye clearly sees the beginning of words while the ending is rather blurred. However, you can cheat.

Backward dictation is considered to be very effective. The more you practice it, the fewer mistakes your child will make.

All the techniques described above are very unusual, so the child will not be bored. He will rather treat these techniques as a fun, exciting game that he can play together with mom or dad.

By the way, girls are usually more literate than boys. The reason is very simple: girls’ speech centers are located in both hemispheres while boys’ in one only. However, the game-like learning process relaxes the child and forces the "competent" hemisphere to work.

It’s never too late to make your child more literate. But do not expect instant results: a learning process should last at least three weeks. That's the time the brain needs to bring actions to automatism or, in scientific language, to build new connections between the hemispheres.

Lucy Adams is a happy mom, blogger, and one of many competent essay writers from https://buzzessay.com/. Lucy is a generalist, so she’s able to research almost any topic. This diligent woman is fond of traveling, marketing, design, and many other niches.