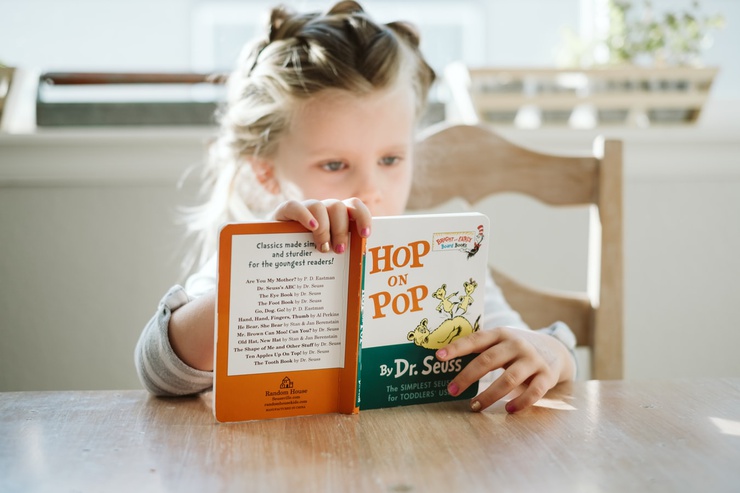 Whether your child can never be found without a book or needs a little encouragement reading, here's a list of books for babies, teens, and kids in between.

When I was a kid, I spent more time in front of the TV than with my head in a book. Each child develops a love for reading at a different age. For me, I had always read here and there, but it wasn't until high school until I fully discovered the magic of getting lost in a story. Now I can't imagine a world without books, and I don't even want to think what that would be like!

If your children have already discovered their love of reading, that's fantastic, and all the power to them. If your children aren't keen readers yet, there's no need to panic; their love of reading will come at their own pace. But it definitely doesn't hurt to start encouraging your child to read as early as possible. Indeed, the benefits of reading are vast. From developing a strong vocabulary and analytical skills to improved focus and stress reduction, it's hard to find even one reason why you shouldn't read. If it was possible, I would not hesitate to go back in time to tell my younger self to turn off the darn TV and open a book!

Here's a list of close to 40 of my favourite and my friends' favourite books for babies and toddlers, children, and tweens and teens. A lot of them are classics that you may of read as a child, so get ready for the nostalgia to hit.

Books For Babies and Toddlers 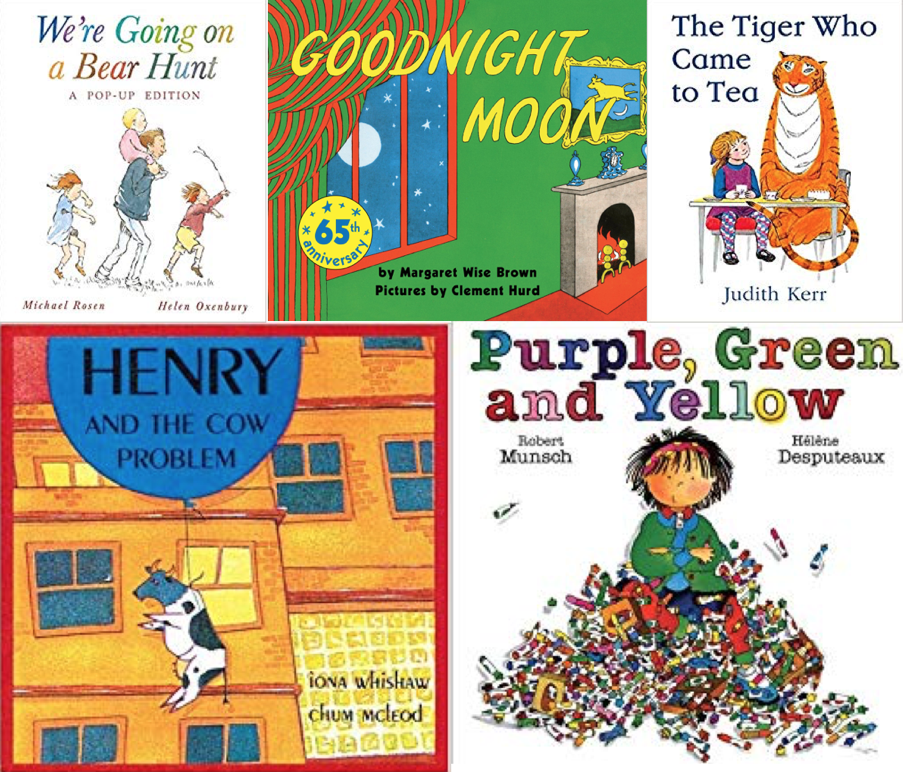 1. The Tiger Who Came to Tea

This book was written and illustrated by Judith Kerr in 1968. Sophie and her mom have sat down for tea when a hungry tiger interrupts them and asks to join. After gobbling up everything on the table, the tiger moves on to eat everything in the fridge. Though it’s over 50 years old, The Tiger Who Came to Tea remains a charming tale that is loved by parents and children alike.

Goodnight Moon is a delightful bedtime story written by Margaret Wise Brown and illustrated by Clement Hurd. A little bunny, in a great green room, says goodnight to everything around him as he gets ready to close his eyes and fall asleep.

If you don’t have it already, this is a classic story that must be on your bookshelf. It has been loved for generations and will continue to be a family-favourite for years to come. Tip: If you can, get the board book version; it will last a lot longer, especially if you have a toddler who is prone to putting everything in his or her mouth.

This is one of Robert Munsch’s most colourful tales – literally. Brigid loves markers, and she loves to colour. First, she gets washable markers, then markers that smell, and then super-indelible-nerver-come-off-till-you’re-dead-and-maybe-even-later colouring markers! Everything is fine until Bridig starts drawing on herself (and others!).

When you think of children’s authors, Robert Munsch likely pops into your head first. He’s published so many fantastic children’s stories that it’s hard to have just one book of his on this list. Other superb Munsch classics include The Paper Bag Princess, Love You Forever, Mud Puddle, Mortimer, and Where is Gah-Ning?.

4. Henry and the Cow Problem

Author Iona Whishaw beautifully illustrates how children’s illogical fears can consume their minds. Despite living on the third floor of an apartment building, a boy named Henry imagines all the ways that a cow could get into his room. With some logic and motherly patience, Henry’s mom talks him out of his cow problem. This highly imaginative book might just make you chuckle.

Michael Rosen’s award-winning children’s book follows a family and their dog as they search for a bear. They gallantly trudge along trails, through long grass, in gloopy mud, and through a snowstorm until they actually lay their eyes on a bear. 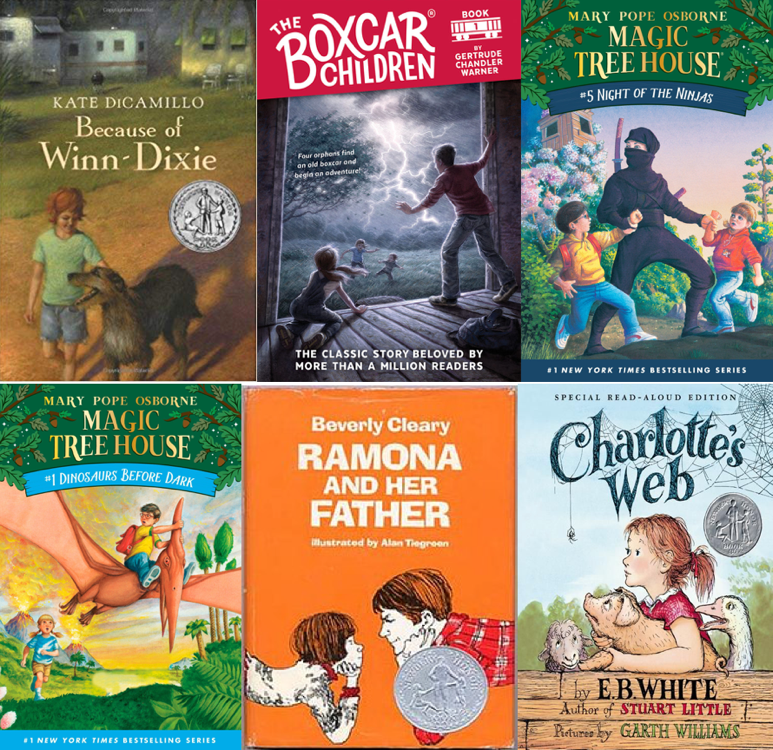 This is a great beginner series for kids who are just starting to read chapter books on their own. Author Mary Pope Osborne’s series follows brother-sister duo Jack and Annie Smith as they go on countless adventures that take them around the world and back in time. Osborne’s original series includes 28 different books, each with a very exciting adventure that’s bound to capture your young reader’s imagination.

A heartwarming family novel by Beverly Clearly that follows a seemingly unremarkable girl named Romona Quimby through the struggles of growing up and the drama of family and sisterly love. Ramona is ordinary, but she’s also bundles of fun.

A New York Times bestseller, Kate DiCamillo’s Because of Winn-Dixie is a heartwarming tale about a girl and her dog. During her first summer in Naomi, Florida, ten-year-old Opal finds a dog with a big personality and names him Winn-Dixie. Winn-Dixie helps Opal make new friends, open up, and learn to let go of her absent mother. This is fabulous story about growing up.

Gertrude Chandler Warner’s series about a close group of orphaned children who create a home for themselves in a boxcar and go on countless adventures has been captivating readers since it was originally published in 1942. Chandler Warner wrote the first 19 books, but now there are over 150 stories in the Boxcar series.

This book hardly needs an explanation. E.B. White’s story about an unlikely friendship between a spider named Charlotte and a pig named Wilbur is a tear jerker and heart warmer all in one. To save Wilbur from being slaughtered, Charlotte writes messages about Wilbur in her web. Wilbur soon becomes a local attraction.

Books for Tweens and Teens 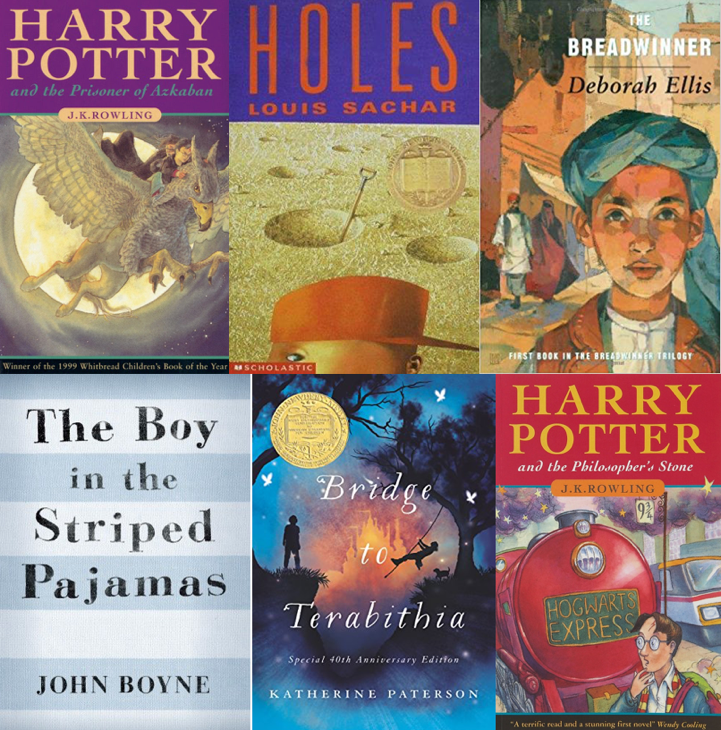 The Breadwinner is the first book in Deborah Ellis’ four-book series about a young girl named Parvana who is burdened with becoming the “breadwinner” for her family after the Taliban have taken over Afghanistan and have taken her father. It showcases the difficulties of girls and women living in modern-day Afghanistan.

Holes, by Louis Sachar, is about a boy named Stanley Yelnat who is sent to Camp Green Lake, a juvenile corrections facility, after being wrongly convicted for stealing a pair of shoes. Every day, Stanley and his fellow inmates are forced to dig one five-foot deep hole to “build character.” Stanley soon learns that there is more to this odd punishment than character building: The warden is looking for something.

3. The Bridge to Terabithia

Katherine Paterson’s book follows the unlikely friendship of Jesse Aaron and Leslie Burke. Together, Jess and Leslie use their imaginations to build a magical kingdom in the woods called Terabithia where they are the king and queen. This is a beloved tale about friendship and loss.

4. The Boy in the Striped Pajamas

John Boyne’s 2006 Holocaust novel was an international bestseller. It centers on a nine-year-old boy named Bruno whose family is sent to live next to Auschwitz after his father, a Nazi officer, receives a promotion. Bruno’s young mind is unaware of the tragedies of the Holocaust. He befriends a boy, wearing striped pajamas, who lives on the other side of a wire fence.

No list of top teen books would be complete without J.K. Rowling’s series, which has stolen the hearts of all muggles. Hardly needing explanation, the Harry Potter books follow Harry and his friends Ronald Weasley and Hermione Granger as they struggle to defeat the dark forces of Lord Voldermort.

I hope you and your children enjoy reading these books! Other ChatterBlock parents want to hear from you. Let them know what your favourite childhood books are and what your kids are enjoying reading now by commenting below. Happy reading!

Tagged In Parenting Back To School Fun Reads Education and Academics 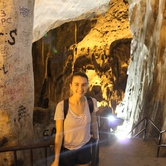