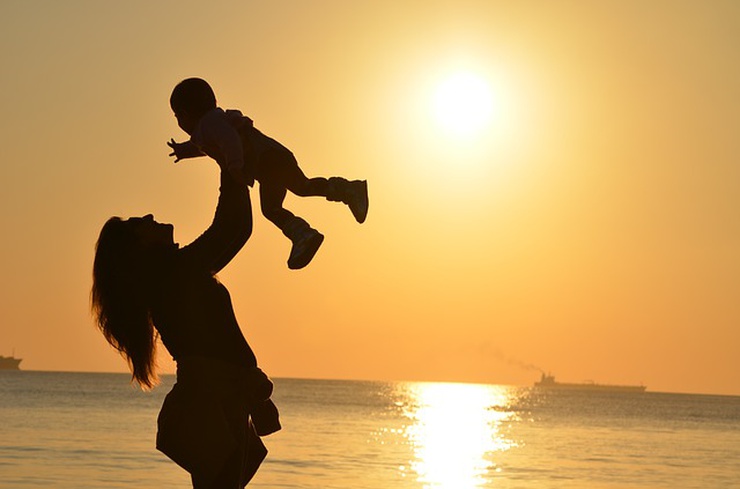 Running Your Own Race as a Mom

I'm experiencing my fair share of unsolicited parenting advice, and my baby's not even out yet! I say, take what others tell you with a grain of salt. Every mom's journey is unique, after all.

I use to be a competitive runner.  I was successful.  District champion in fact.  Yet I had a very unique running style.  I use to take long strides, move my head around, and wildly flail my arms (think Phoebe when she goes running with Rachel on Friends).  Everyone kept telling me to change this.  To take shorter, more powerful strides, and to stop moving my head and arms entirely.  But when I followed this advice, I lost my winning streak.  I went from No.1 in the district to No.4.  I also got a terrible hip injury.  Goes to show that there's no "right" way to run.  What works for one person might not work for another.  The same can also be said for parenting.  Sometimes we just need to follow our own instincts as moms and shut-out what others say we should do.

I've been lucky in many ways with this pregnancy.  I've had no complications, my baby is thriving, I have a very supportive partner, a great job that's super understanding, and in general, I receive kind and encouraging comments from others.  But I've also experienced more criticism and judgement from total strangers than I'm used to. .

Case in Point.  I was working out at the gym last week with my co-workers, as we do most days.  Out of the blue this woman came up to me and angrily told me that I should not be working out so far along in my pregnancy (37 weeks).  When I politely explained to her that my doctor had approved my exercise routine, that I was taking it very easy, and that my baby appeared to be in excellent health she glared at me and responded with "your baby is more important than having a perfect body". What?  Did she not hear what I said?  And how is keeping fit and healthy harming my baby?

And then there was the time that this woman at prenatal yoga told me most decidedly that going back to work when my child was 6 months old was simply "not possible".  Day care was apparently "traumatic" to babies, and working 60 hours a week was going to cause my child long term emotional damage.  No doubt about it.  Why not just forgo work all together and have my husband support me?

While I have a great amount of respect and admiration for stay-at-home moms, it's simply not an option for me right now.  Being recent graduates in our twenties with $50,000 in student-loan debt, my partner and I depend upon two incomes.

At first I'd get upset and anxious over comments like this.  Being an inexperienced first time mom, I had the bad habit of taking anything and everything anyone said as gospel.  "Ah...yes...probably gave my baby listeria with that small bite of salami I devoured before I knew I was preggers."

But then an interesting thing happened.  I realized that very little of what other people had told me about pregnancy had any bearing on my own experience.  I had felt great during my pregnancy...glowing skin, tons of energy, minor nausea, and no physical problems whatsoever.  According to some I should be super uncomfortable, swollen, and exhausted.    My emotions have been pretty level, and my partner and I have  never felt happier together.  But I was warned that I would go "crazy" and that pregnancy would be a huge strain on my relationship.

So I figured out that what was true for some pregnancies was not true for mine.  I decided that I'd take what other people had to say about all the next stages--birth, babyhood, breastfeeding, child rearing--with a grain of salt.

When I use to be a competitive cross-country runner they'd tell us to  "run our own race".  If you focused too much on what people around you were doing, you'd lose your concentration and fall behind.  I think that's a great motto to have as a mom.  Trust your own instincts and judgement, and don't be swayed too much by what others have to say. 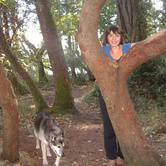 By Lena Utankanova
Read more about the author
Share This Article!

Bravo!! I totally endorse your idea!!

One pitfall we all have to watch out for in life is listening too intently to the advice of others and decided that our instincts must be wrong, simply because someone else has a different instinct, perspective, or experience.

I think you're being very wise, and you know how to reach out when and if it's needed. You don't have to own the misfortunes and bad experience of others.

In fact, I can't help but feeling that one reason pregnancies might be a strain on relationships is that everyone is trying to listen to everyone else! (LOL)

Thanks so much for the encouraging words, Andrea! You make a great point about relationships becoming strained when we listen too much to other people--LOL--there's a real benefit to "blissful ignorance" as my husband calls it